Shares
Most of Donald Trump's opponents believe they will have to wait four more years to see him leave the White House. But America's witches are more optimistic 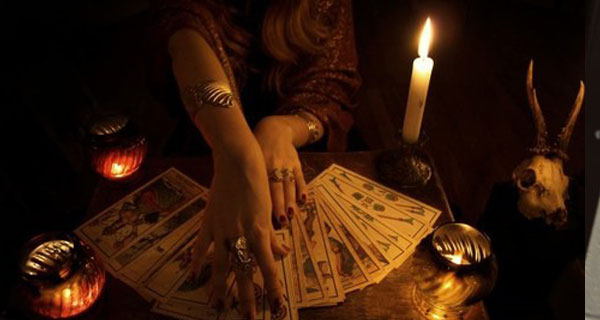 At the stroke of midnight on Friday, followers of witchcraft across the US performed a mass spell designed to remove the president from office, the BBC reports.

A Facebook group devoted to the ritual has attracted over 10,500 likes, and coined the hashtag #magicresistance.

The development has sparked fury among Christian conservatives, who have accused the witches of “declaring spiritual war”.

Writer Michael Hughes, who describes himself as a “magical thinker” posted a version of the spell online, saying he had seen multiple versions on private witchcraft groups.

In it, he suggests using a stubby orange candle, an unflattering picture of Mr Trump, and a Tower tarot card.

Followers of magic are told to carve the president’s name into the candle using a pin, recite an incantation, and then burn his picture in the flame.

The words of the spell include a plea to the Wiccan deities to “bind Donald J Trump, so that his malignant works may fail utterly” and so that he “shall not break our polity, usurp our liberty, or fill our minds with hate, confusion, fear, or despair”.

Mr Trump’s supporters don’t escape either, as the spell asks that their “malicious tongues” be curbed too.

Mr Hughes suggests that instead of the normal closing line, “So mote it be!”, witches could burn the former Apprentice host’s image with the words, “You’re fired!”

The writer said he published details of the spell because he felt “it would be very welcome to a lot of people”.

Under the tenets of witchcraft, a “binding spell” does not wish harm on its target, but aims to stop them from doing harm themselves.

“This is not the equivalent of magically punching a Nazi,” Mr Hughes wrote. “Rather, it is ripping the bullhorn from his hands, smashing his phone so he can’t tweet, tying him up, and throwing him in a dark basement where he can’t hurt anyone.”

MaryPat Azevedo, who took part in the ritual in Arizona, said she saw the ritual as “a unity prayer”.

She told the BBC: “A true witch would never cast a spell on anyone without their permission. This prayer is for wellbeing and peace for all beings.” 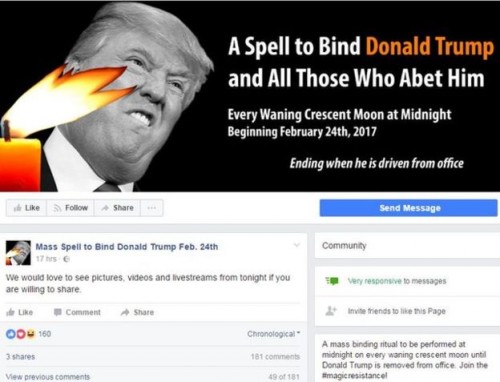 Participating witches plan to repeat the spell on days when there is a waning crescent moon, until Mr Trump leaves the Oval Office. The next ritual is set for 26 March.