Shares
Bill Paxton, the popular Texas-born actor who starred in movie hits such as “Aliens,” “Twister” and “Titanic,” died Saturday at age 61 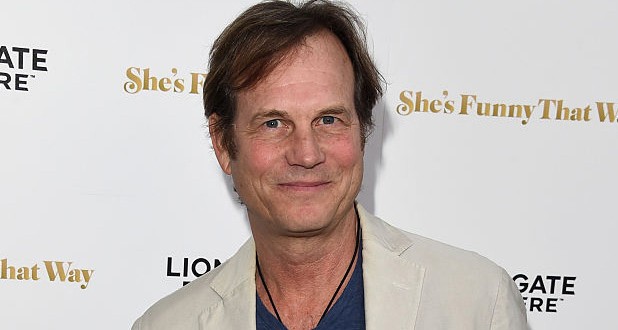 “It is with heavy hearts we share the news that Bill Paxton has passed away due to complications from surgery,” a representative for the family said in a statement released early on Sunday, TheWrap reported.

“A loving husband and father, Bill began his career in Hollywood working on films in the art department and went on to have an illustrious career spanning four decades as a beloved and prolific actor and filmmaker.”

“Bill’s passion for the arts was felt by all who knew him, and his warmth and tireless energy were undeniable,” the statement continued. “We ask to please respect the family’s wish for privacy as they mourn the loss of their adored husband and father.”

Paxton has been starring in the new CBS cop drama “Training Day,” based on the Oscar-winning Denzel Washington movie. It’s not yet clear how many episodes of that show he has completed.

He also co-stars with Tom Hanks and Emma Watson in the upcoming big-screen thriller “The Circle,” due in theaters from EuropaCorp on April 28.

A native of Fort Worth, Texas, Paxton first emerged on screen in early roles like a play a punk leader in 1984’s “The Terminator.” He went on to prominent roles such as the sarcastic Private Hudson in 1984’s “Aliens,” frontier lawman Morgan Earp in the 1993 Western “Tombstone,” storm-chaser Bill Harding in the 1996 blockbuster “Twister” and astronaut Fred Haise in 1995’s “Apollo 13” — for which he shared a SAG Award for best ensemble.

In the last decade, Paxton has increasingly worked in TV. He earned three Golden Globe nominations playing the patriarch of a bigamist Utah family in the HBO series “Big Love.” He also earned another nomination starring as Army veteran John Paul Vann in the 1998 HBO movie “A Bright Shining Lie.”