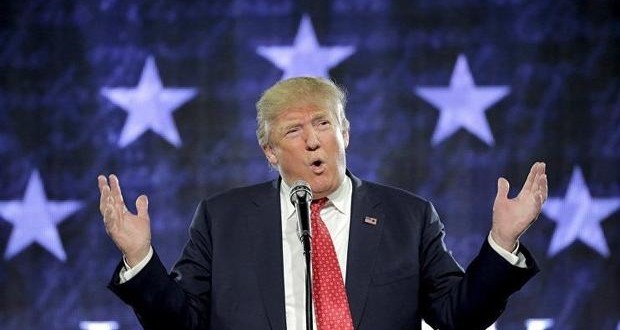 The dinner, sponsored by the White House Correspondents’ Association and attended by a mix of A-list celebrities and Washington media, generally includes a comedian roast, plus a humorous address by the president, according to ABC.

“Please wish everyone well and have a great evening!” the commander-in-chief tweeted.

I will not be attending the White House Correspondents’ Association Dinner this year. Please wish everyone well and have a great evening!

The WHCA responded that the group “takes note” that Trump won’t attend the dinner, scheduled for April 29, and said the dinner “has been and will continue to be a celebration of the First Amendment and the important role played by an independent news media in a healthy republic.”

Trump has been mocked in years past.

In 2011, headliner Seth Meyers skewered the billionaire, saying “Donald Trump has been saying he will run for president as a Republican, which is surprising because I just assumed that he was running as a joke.”

That same year, President Obama also poked fun at the man who would later go on to succeed him in the White House: “Now, I know that he’s taken some flak lately, but no one is happier, no one is prouder to put this birth certificate matter to rest than the Donald. And that’s because he can finally get back to focusing on the issues that matter –- like, did we fake the moon landing? What really happened in Roswell? And where are Biggie and Tupac?”

At his last correspondents’ dinner, in 2016, Obama took aim at then-candidate Trump, saying: “I’m a little hurt that he’s not here tonight. It’s surprising. You got a room full of reporters, celebrities, cameras, and he says no.”

“I hope you all are proud of yourselves. The guy wanted to give his hotel business a boost and now we’re praying that Cleveland makes it through July,” Obama added, in reference to the site of the Republican National Convention last summer.

According to the White House Correspondent’s Association, every president since Calvin Coolidge, who first first attended in 1924, has been to the dinner at least once.

The news of Trump’s expected absence comes as the president’s relationship with the press grows increasingly tense. Trump has repeatedly slammed journalists for propagating “fake news” and has labeled several major outlets — including ABC News — “the enemy of the American People.”