Home / US / Iranian baby, first barred by travel ban, now recovering after surgery in US

Iranian baby, first barred by travel ban, now recovering after surgery in US

Shares
The uncle of an Iranian baby expressed gratitude to everyone who helped his niece get to the United States for a life-saving heart medical procedure. 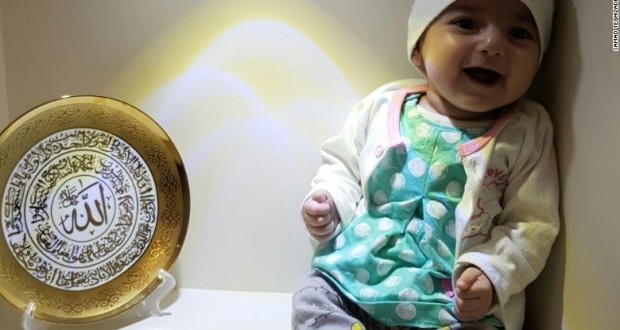 The uncle of an Iranian baby ensnared in President Trump’s travel ban settled on one word Monday to express gratitude to everyone who helped his niece get to the United States for a life-saving heart medical procedure, Joinfo.comreports with reference to CNN.

The 4-month-old underwent surgery to repair a life-threatening heart defect on February 17, nine days after arriving at the hospital. She was in the intensive care unit Monday and was on the mend, doctors said.

Doctors declined to reveal details of the surgery at the family’s request.

“We’re really pleased with how the surgery went, and have a very strong sense at this point she is going to recover fully and go on to lead a happy and healthy life,” said Dr. Laurie Armsby, interim head of the hospital’s division of pediatric cardiology, who joined doctors and Teghizadeh at a news conference.

Fatemeh became one of the faces of the dozens of foreign nationals caught up in the president’s January 27 executive order that barred travel from seven Muslim-majority countries for 90 days.

One of those countries is Iran.

In January, doctors in Tehran told Fatemeh’s family that she had structural abnormalities and two holes in her heart.

The family lacked the resources to treat the infant.

Her parents later boarded a flight to Dubai, United Emirates, but they were rerouted back to Iran and told to apply for a US Visa in 90 days.

The family was scheduled meet with doctors in Portland on February 5, but Trump’s order prevented them traveling, according to Teghizadeh.

The order, which had barred citizens from the seven countries from entering the United States for 90 days and all refugees for 120 days, has been entangled in the courts. Three weeks ago, a three-judge panel in the Ninth Court of Appeals ruled against reinstating the travel ban for now.

The White House is expected to release a new version of its travel ban soon. The new ban is expected to stay clear of some of the legal potholes the first one hit.