Shares
Melania Trump supported her husband, President Donald Trump, at his joint address speech in Washington, D.C., on Tuesday, February 28, wearing an ensemble by Michael Kors. Well, that makes another designer that's more than happy to dress the first lady! 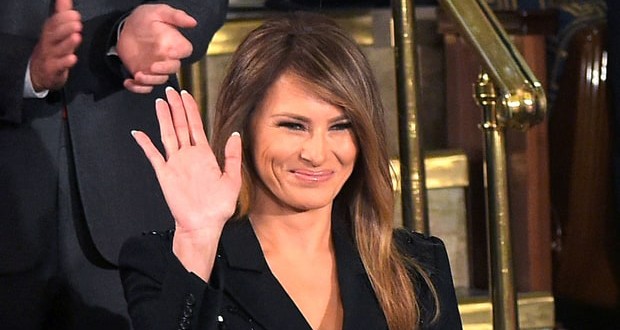 The First Lady of the United States, 46, quite literally sparkled in a black, sequin-embellished skirt suit by the American designer, cinched with a wide belt. She finished the ensemble with matching black pumps, Joinfo.com reports with reference to US Magazine. 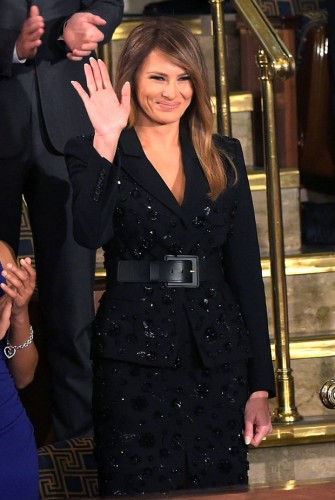 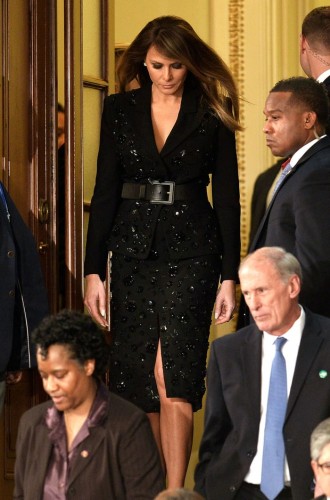 The look was in stark contrast to her step-daughter Ivanka Trump. The former VP at the Trump Organization, 35, modeled an unadorned magenta sheath by Roland Mouret, complete with an asymmetrical neckline that featured a peekaboo bra strap detail. The same dress is currently available in black on Farfetch.com for $2,995.

Though it was a polished look, the Roland Mouret dress caused a bit of a controversy on Twitter. While President Trump, 70, urged those assembled and at home to “buy American,” Mouret is a French designer, a fact that wasn’t lost on social commentators. Many also felt that the first daughter’s “cocktail dress” was inappropriate for Congress.