Shares
Former U.S. President Barack Obama was named the 2017 winner of the John F. Kennedy Profile in Courage Award on Thursday for carrying on his fellow Democrat's legacy. 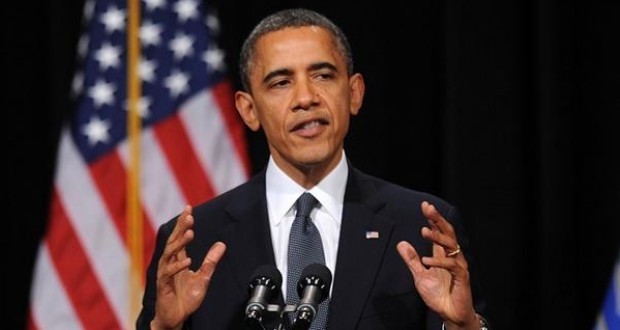 “President Kennedy called on a new generation of Americans to give their talents to the service of the country,” Kennedy’s daughter, Caroline Kennedy, said in a statement, according to NBC News. “With exceptional dignity and courage, President Obama has carried that torch into our own time, providing young people of all backgrounds with an example they can emulate in their own lives.”

Caroline Kennedy and her son, Jack Schlossberg, will present Obama with the award May 7 at the John F. Kennedy Presidential Library and Museum in Boston.

Obama tweeted he is “humbled” by the recognition.

Humbled to be recognized by a family with a legacy of service. Who’s your #ProfileInCourage? Tell me about them: https://t.co/euYRxWcost https://t.co/HBgFiRcq9J

The award is presented annually by the John F. Kennedy Library Foundation to public servants who have made courageous decisions of conscience without regard for the personal or professional consequences. It is named for Kennedy’s 1957 Pulitzer Prize-winning book, “Profiles in Courage.” The book tells the stories of eight U.S. senators who risked their careers by taking principled stands for unpopular positions.

“Faced with unrelenting political opposition, President Obama has embodied the definition of courage that my grandfather cites in the opening lines of ‘Profiles in Courage’: grace under pressure,” Schlossberg said. “Throughout his two terms in office, he represented all Americans with decency, integrity, and an unshakeable commitment to the greater good.”

Obama is being recognized for “his enduring commitment to democratic ideals and elevating the standard of political courage in a new century,” the foundation said, citing the expansion of health care options for millions, restoring diplomatic relations with Cuba and leadership on an international climate change agreement.

It should be recalled that former President Barack Obama and the former first lady Michelle Obama have recently agreed to publish coming books at Penguin Random House.