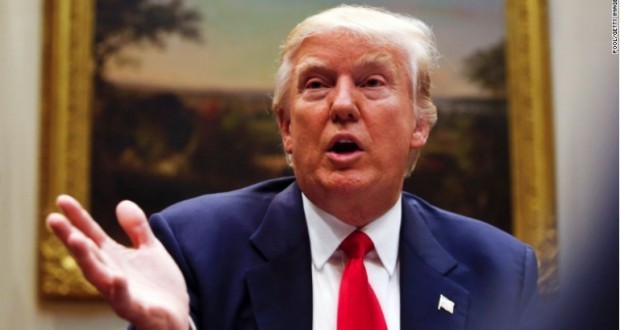 Donald Trump met with Russia’s US ambassador last April at the height of the presidential election, it has emerged, despite, repeated and strenuous denials of any meeting with Kremlin officials before his inauguration, Joinfo.com reports with reference to Independent.

According to news reports published at the time that have now resurfaced, Mr Trump met briefly with Vladimir Putin’s representative in Washington around six months before polling day. 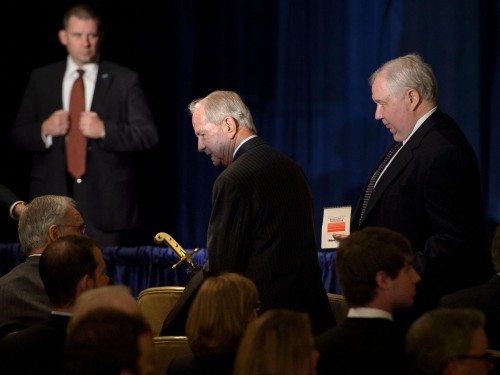 Photos from that day also appear to prove that Sergey Kislyak, the Kremlin’s man in Washington, was at the Trump speech.

The reports directly contradict the President’s repeated denials about contact with Russian officials prior to his election.

The meeting between the two men took place while Mr Trump was at the Mayflower Hotel in Washington on 27 April, 2016.

Mr Kislyak was said to have been seated in one of the front rows for the then-Republic candidate’s speech.

Mr Trump used the event to outline his policies on trade deals with China, the Islamic State, the military and international security from Europe to Asia.

He also called for better relations with Moscow: “I believe an easing of tensions and improved relations with Russia, from a position of strength, is possible. Common sense says this cycle of hostility must end.”

Mr Kislyak told Politico after the speech that the billionaire New York property tycoon “made some intriguing points, but we need to understand what is meant in the implementation”.

The Trump administration has issued more than 20 denials of contact with Russian officials, stretching back to last summer.

During a press conference at the White House last month, Mr Trump addressed allegations of his links to Moscow.

“Russia is a ruse. I have nothing to do with Russia,” he said.

“Haven’t made a phone call to Russia in years. Don’t speak to people from Russia. Not that I wouldn’t. I just have nobody to speak to.

“We had a very good talk, especially the second one, lasted for a pretty long period of time.

“I’m sure you probably get it because it was classified. So I’m sure everybody in this room perhaps has it. But we had a very, very good talk.

“I have nothing to do with Russia. To the best of my knowledge no person that I deal with does.”