Shares
The owners of a wine bar in Washington, D.C., say they face unfair competition from an unusual source: the president of the United States. 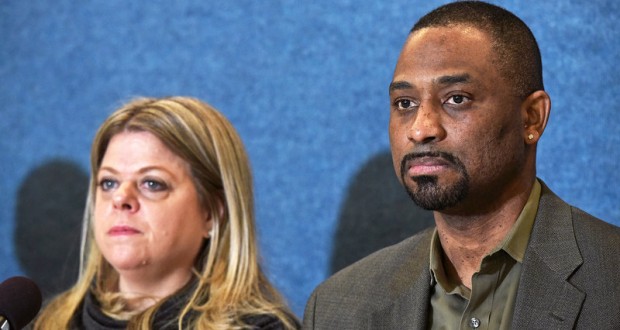 Diane Gross and Khalid Pitts own the Cork Wine Bar, located about 20 blocks north of both the White House and the nearby Trump International Hotel.

Gross and Pitts say that their restaurant is losing business to the hotel restaurant run by the Trump Organization, which is owned by President Trump. So they’re suing him and his hotel, Joinfo.com reports with reference to NPR.

“We feel that the president of the United States, owning a hotel, owning restaurants, promoting those restaurants, is unfair and to the detriment of other businesses in the city,” Pitts said at a press conference Thursday.

Pitts and Gross were joined by a platoon of lawyers to announce the lawsuit filed in D.C. Superior Court.

The case involves Trump’s hotel located in a taxpayer-owned building, known as the Old Post Office Building. In 2013, the federal General Services Administration leased the historic building to the Trump Organization, which opened the hotel in the fall of 2016.

Here’s the issue: A provision in the lease says no federal elected official can be on the lease or benefit from it.

Despite that language, GSA has taken no action to force Trump out of the lease. Meanwhile, Trump’s hotel is earning a reputation as “the place to be”

for lobbyists, political players and foreign diplomats. The GSA hasn’t publicly addressed the lease since Trump took office. An agency spokeswoman said it had no comment.

The lawsuit cites examples that it says show the president, his family and administration officials were seeking to boost what the lawsuit calls the hotel’s income-producing potential.

The suit, filed on Wednesday, seeks no monetary compensation. Instead, the plaintiffs want Trump to divest from the hotel or close it for the duration of his presidency.

At the press conference, lawyer Steven Schooner said an elected official shouldn’t be competing with the private sector.

“It’s an unacceptable conflict and nobody ever intended that this be tolerated,” he said.

White House press secretary Sean Spicer was asked about the lawsuit at a press briefing on Thursday. He didn’t speak to the lawsuit itself.

But he reiterated that a president is not covered by the federal conflicts of interest law.

“You know, obviously, the president has made very clear in that December press conference at Trump Tower, he doesn’t have conflicts and he’s done everything in accordance with the guidance that he’s been given and gone well beyond what he ever needed to do,” Spicer said.