Shares
A Reuters review found that at least 63 individuals with Russian passports or addresses have bought at least $98.4 million worth of property in seven Trump-branded luxury towers in southern Florida. 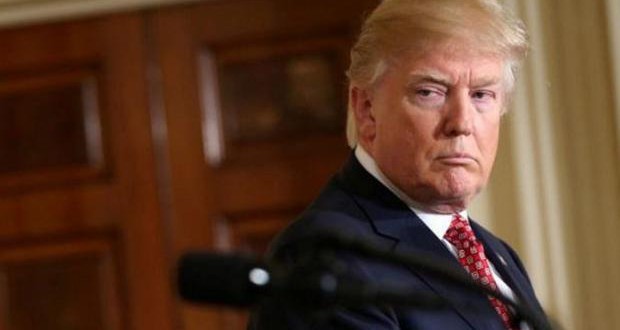 During the 2016 presidential campaign, Donald J. Trump downplayed his business ties with Russia. And since taking office as president, he has been even more emphatic, Reuters reports.

“I can tell you, speaking for myself, I own nothing in Russia,” President Trump said at a news conference last month. “I have no loans in Russia. I don’t have any deals in Russia.”

But in the United States, members of the Russian elite have invested in Trump buildings. A Reuters review has found that at least 63 individuals with Russian passports or addresses have bought at least $98.4 million worth of property in seven Trump-branded luxury towers in southern Florida, according to public documents, interviews and corporate records.

The buyers include politically connected businessmen, such as a former executive in a Moscow-based state-run construction firm that works on military and intelligence facilities, the founder of a St. Petersburg investment bank and the co-founder of a conglomerate with interests in banking, property and electronics.

People from the second and third tiers of Russian power have invested in the Trump buildings as well. One recently posted a photo of himself with the leader of a Russian motorcycle gang that was sanctioned by the United States for its alleged role in Moscow’s seizure of Crimea.

The Reuters review of investors from Russia in Trump’s Florida condominium buildings found no suggestion of wrongdoing by President Trump or his real estate organization. And none of the buyers appear to be from Putin’s inner circle.

The White House referred questions from Reuters to the Trump Organization, whose chief legal officer said the scrutiny of President Trump’s business ties with Russia was misplaced.

“I can say definitively that this is an overblown story that is media-created,” Alan Garten said in an interview. “I’ve been around this company and know the company’s dealings.”

The tally of investors from Russia may be conservative. The analysis found that at least 703 – or about one-third – of the owners of the 2044 units in the seven Trump buildings are limited liability companies, or LLCs, which have the ability to hide the identity of a property’s true owner. And the nationality of many buyers could not be determined. Russian-Americans who did not use a Russian address or passport in their purchases were not included in the tally.

The review focused on Florida because the state has a large concentration of Trump-branded buildings, and determining the ownership of properties is easier there than in some other states. The resort town of Sunny Isles Beach, site of six of the seven Trump-branded Florida residential towers, stands out in another way: The zip code that includes the Sunny Isles buildings has an estimated 1,200 Russian-born residents, among the most in the country, U.S. Census data show.

The Trump organization advertises all seven Florida buildings on its website as it pursues similar branding deals around the world. Exactly how much income Trump has earned from the buildings is unclear.

Six of the seven properties were the product of an agreement the New York property magnate struck in 2001 with father-and-son American developers Michael and Gil Dezer. The six buildings operated by the Dezers in Sunny Isles would bear Trump’s name under a licensing agreement.

In an interview, Gil Dezer said the project generated $2 billion in initial sales, from which Trump took a commission. Dezer declined to say how large a commission, citing confidentiality agreements. Garten, the Trump Organization’s chief legal officer, said Trump’s income was a mix of flat fees and percentages but declined to disclose them.

Edgardo Defortuna, a leading Miami developer, estimated that Trump likely made between one percent and four percent in initial sale commissions, based on the standard fees paid on similarly branded projects. If so, Trump stood to reap a total of $20 million to $80 million in Sunny Isles.

Trump receives no commission on subsequent sales in all seven of the Florida residential towers.

He continues to make money from one of the six Sunny Isles buildings, however, according to disclosure forms Trump filed in the 2016 U.S. presidential race. The disclosure form states that Trump received between $100,000 and $1 million from a business called Trump Marks Sunny Isles I LLC. Dezer said these funds came from the Trump International Beach Resort, a hotel and condominium complex.

Trump reported no income on his disclosure form from his seventh Florida property, the Trump Hollywood in the city of Hollywood. How much he has made over the years from that property’s 200 units is unclear. BH3, an investment fund which took over 180 units in a foreclosure sale, paid Trump a licensing fee of $25,000 for each unit, according to Daniel Lebensohn, a principal at the fund. If the remaining 20 units generated the same fee, Trump’s take would have been $5 million. Garten declined to confirm Trump’s commission.

“While the president has denied having invested in Russia, he has said little or nothing about Russian investment in his businesses and properties in the United States or elsewhere,” said Rep. Adam Schiff, ranking Democrat on the House Intelligence Committee. “This should concern all Americans and is yet another reason why his refusal to release his tax returns should be met with considerable skepticism and concern.”

Schiff, as well as two U.S. intelligence officials and one former senior law enforcement official who spoke on condition of anonymity, said the Russian government sometimes directs funding at prominent individuals in the United States and Europe in hopes of improving their perception of Russia. Reuters found no evidence of such an effort with Trump. Garten, the Trump Organization’s chief legal officer, scoffed at the idea.

“This is politics at its worst,” he said.