Shares
President Trump on Tuesday turned up the pressure on recalcitrant Republicans to support a sweeping bill to overhaul the health care system, threatening wavering lawmakers in his party with political payback if they failed to get behind a measure that has become an early test of his negotiating power. 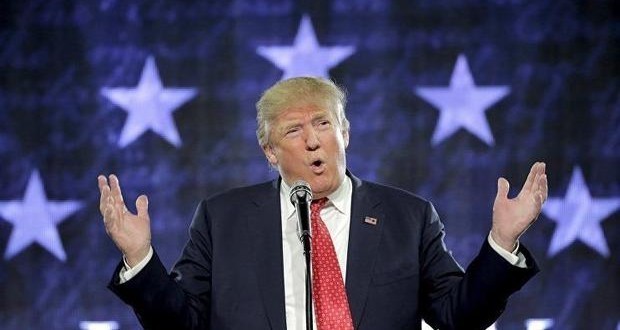 In a series of meetings and phone calls at the White House and on Capitol Hill, Mr. Trump, Vice President Mike Pence and Republican congressional leaders haggled with holdouts over details as they struggled to assemble a majority to support a bill that would repeal and replace the Affordable Care Act. The legislation is scheduled for a floor vote on Thursday in the House, Joinfo.com reports with reference to The New York Times.

But at a private meeting with House Republicans at the Capitol, the president also delivered a blunt warning that many of those present would lose their seats in next year’s midterm congressional elections if the effort failed.

“I’m going to come after you,” Mr. Trump told Representative Mark Meadows, Republican of North Carolina, a prime holdout and the chairman of the conservative Freedom Caucus, a hotbed of concern about the legislation, according to several people in the room who described his comments on condition of anonymity because the session was private. “I believe Mark and his group will come along, because honestly, a loss is not acceptable, folks.”

Mr. Trump told Republicans at the meeting that after voting repeatedly to repeal the health care law and campaigning in 2016 on doing so, they had an obligation to back the bill and would lose their majority if they “blow it,” attendees said.

Despite the day’s feverish efforts — a combination of cajoling, browbeating and horse-trading that recalled Democrats’ efforts to pass the law in 2010 — White House and congressional officials conceded Tuesday that they still lacked the votes to pass the bill. As many as three dozen Republicans remain opposed or unpersuaded, according to one aide with knowledge of the process, who spoke on condition of anonymity to describe internal discussions.

It is not clear whether Mr. Trump would be able to exact a political price from Republicans who opposed the measure; conservative groups including the Club for Growth and Heritage Action for America were lining up against the legislation and pressuring lawmakers to oppose it, raising questions about whether it would be possible to mount a successful primary challenge to defectors. And some Republicans said the political peril would be greater if they supported the health care bill, which they said failed to achieve their goals or those of their constituents.

“I think if we do do this, we lose the majority,” said Representative Mo Brooks, an Alabama Republican and a member of the Freedom Caucus, who said he remained opposed.

Representative Leonard Lance of New Jersey, one of the nearly two dozen Republicans from districts that Mr. Trump lost in 2016, said he was leaning strongly toward a “no” vote. “I campaigned in support of a repeal-and-replace bill that would make health care more affordable and accessible and provide a smooth transition to those who were forced into Obamacare through no fault of their own,” Mr. Lance said. “The bill, as currently drafted, does none of these things.”

It is also not clear whether Mr. Trump, whose popularity has fallen from what was already a historically low point since he took office, is capable of rallying the public behind a plan that is also viewed negatively. Mr. Trump’s approval rating sank to 37 percent in Gallup’s daily tracking poll on Monday. That is only slightly higher than the 34 percent who favor the health measure, according to a Fox News poll last week, compared with 54 percent who were opposed.

The use of a political threat was a classic tactic for Mr. Trump, who keeps a running mental tally of his backers and detractors, and frequently boasts of his efforts to exact revenge from those who have crossed him.

“We’re going to make sure to remember those who stood by us, and who stood by the word that they gave to their voters,” said Sean Spicer, the White House press secretary.

Mr. Trump has not focused on the specifics of the health care bill, arguing in recent days that he is more concerned with pushing it through Congress so he can move on to issues he cares more about, including a large tax cut.

At a fund-raiser for House Republicans on Tuesday night, Mr. Trump said he was eager to cut taxes, but had “no choice” but “to go with the health care first.”

But he has been putting the full power of the White House behind the effort to sell the health bill.

Besides his meeting at the Capitol on Tuesday, he met at the White House with about a dozen members of the centrist Tuesday Group. On Wednesday morning, he is scheduled to meet with members of the Freedom Caucus. Over the weekend, he summoned three prominent conservative critics — Mr. Meadows, Senator Ted Cruz of Texas and Senator Mike Lee of Utah — to his Mar-a-Lago estate in Florida for meetings with Stephen K. Bannon, his chief strategist, to discuss their concerns about the bill.

“He made it very clear he’s all in on this legislation,” said Representative Kevin Brady, Republican of Texas and the chairman of the Ways and Means Committee. “This is a historic moment and a historic promise for Republicans to deliver on this Thursday.”

Speaker Paul D. Ryan was upbeat after the Capitol meeting. “The president just came here and knocked the ball out of the park,” he said. “He knocked the cover off the ball.”

But Mr. Meadows said he was neither bothered nor persuaded by Mr. Trump’s warning that he would lose his constituents’ support if he did not fall in line.

“I believe that I’m representing them in opposing this bill, because it won’t lower premiums,” he said. “Until it does, I’m going to be a ‘no,’ even if it sends me home.”

A prime concern for holdouts was the measure’s lack of provisions to relax federal health insurance regulations that require insurers to provide certain minimum benefits and to spend certain percentages of premium revenues on medical care.

White House officials argued privately that if they included such language in the bill, they would run into procedural problems in the Senate, where the measure is to be considered under special rules that apply to “budget reconciliation” bills. Those rules allow such legislation to be approved with a simple majority — meaning Republicans could push the bill through without any Democratic backing — but to qualify, the provisions must affect spending or revenues.

For other House members, the bill has been an opportunity to deal. Mr. Trump promised Representative Mario Diaz-Balart, Republican of Florida, that he would hold to his pledge to consider reversing President Barack Obama’s opening with Cuba if Mr. Diaz-Balart backed the measure, the White House official said, which he did in the Budget Committee last week.

Representative Claudia Tenney, Republican of New York, said she was likely to support the bill after House leaders added a section that would shift Medicaid costs from New York’s counties to the state government.

Both of those provisions were meant to win over conservatives, and Mr. Ryan presented the health bill on Tuesday as an improved product that had been refined as much as possible to reflect lawmakers’ concerns — and that now needed to be approved so lawmakers could fulfill their promise to repeal the health law.

“In this day and age, and in this business, in politics, if you get 85 percent of what you want, that’s pretty darn good,” he told reporters.