Shares
An architecture studio has presented a striking U-shaped building for midtown Manhattan. 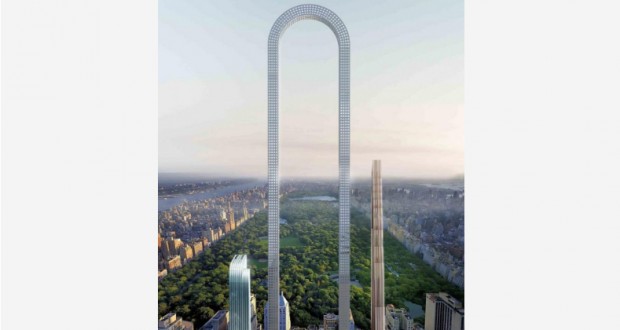 Oiio Studio, based in New York City and Greece, has posted renderings of the building, dubbed “The Big Bend,” to its website. “What if we substituted height with length?” the tongue-in-cheek post reads. Oiio introduces the building as a reaction to the city’s developers building further upwards in the pursuit of prestige, Joinfo.com reports with reference to NBC. 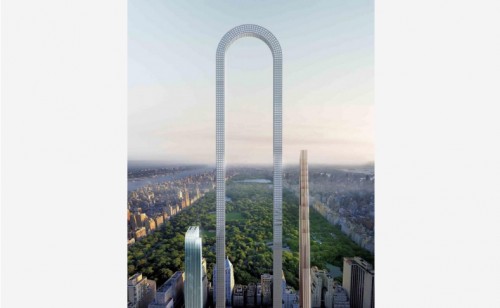 “What if our buildings were long instead of tall?” Oiio Studio’s post reads. “If we manage to bend our structure instead of bending the zoning rules of New York we would be able to create one of the most prestigious buildings in Manhattan. The longest building in the world.” 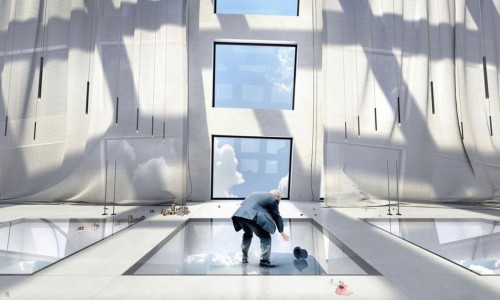 A man reaches for his top hat in a satirical rendering of an interior. Clouds float by and a pile of money sits nearby.

“We can now provide our structures with the measurements that will make them stand out without worrying about the limits of the sky,” the post reads. 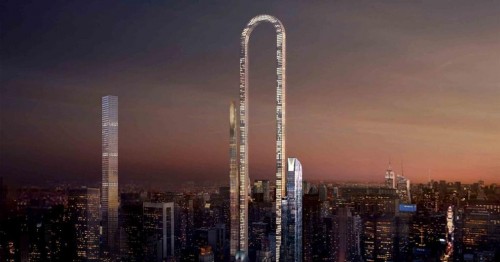 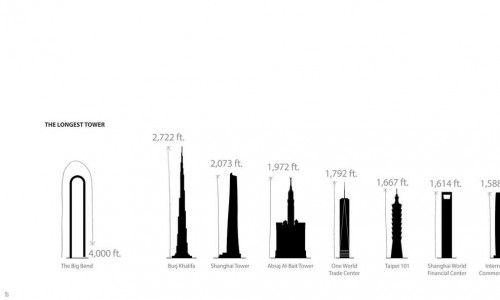 If built, “The Big Bend” would be among the tallest skyscrapers in the world, and most definitely the longest. 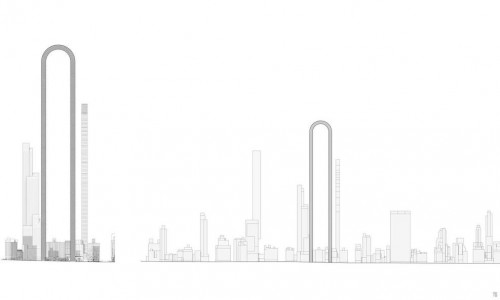 The building would tower over midtown Manhattan with extraordinary views of the entire city. 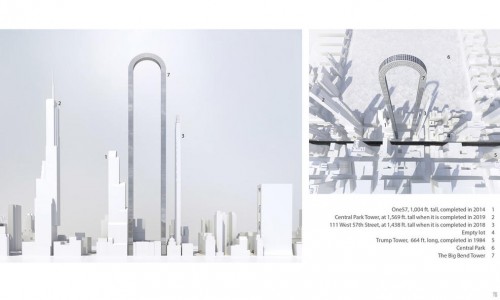 If unraveled, “The Big Bend” would be about 4,000 feet tall, well over twice the height of One World Trade Center, currently the city’s tallest building.