Shares
A federal judge in Hawaii on Wednesday placed a stronger hold on President Trump's plan to temporarily suspend immigration from six majority Muslim countries, striking another legal blow against the president's attempts to institute a travel ban. 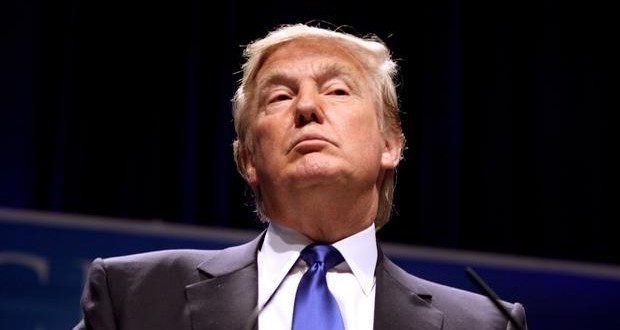 U.S. District Judge Derrick Watson issued the first nationwide halt against Trump’s revised executive order on March 15. That made Watson’s ruling the prevailing block to Trump’s plans, but one only designed to last for about two weeks, Joinfo.com reports with reference to USA Today.

On Wednesday, Watson heard arguments from the attorneys for the Hawaii attorney general and the Department of Justice to determine if the block should be extended. Watson did so, issuing a preliminary injunction that will take a more lasting hold. The next step for the Trump administration would be an appeal to the 9th U.S. Circuit Court of Appeals in San Francisco, which previously ruled against Trump’s first travel ban.

In a lawsuit, the state of Hawaii says the policy discriminates against Muslims and hurts the state’s economy, while the government says it falls within the president’s power to protect national security. Watson’s order Wednesday blocks Trump’s travel ban until the state lawsuit works its way through the courts.

Watson’s ruling represented the latest defeat for Trump’s attempts to halt immigration from terror-prone countries to give his intelligence community time to develop “extreme vetting” measures to ensure that terrorists don’t sneak into the U.S. through the legal immigration system. Critics have said the travel bans are simply illegal Muslim bans, following the president’s statements on the campaign trail to halt the entry of Muslims to the U.S.

Other courts around the country have issued different rulings on Trump’s revised ban, with a Maryland judge halting a portion of the ban on March 16 and a Virginia judge giving the Trump administration a victory by upholding the ban last week. That division in the courts all but ensures that the case will end up before the Supreme Court, which remains short-handed following the death of Justice Antonin Scalia.

Trump’s nominee to replace Scalia, appeals court judge Neil Gorsuch, is facing intense resistance from Democratic senators who are vowing to block his confirmation. That delay could have a significant impact on the fate of Trump’s travel ban as the Court remains split 4-4 along ideological lines – the Court needs a majority to overturn lower court rulings.

Trump’s first attempt at the ban, which he signed on Jan. 27, barred entry for nationals of seven majority Muslim countries, shut down the entire refugee program, blocked visitors who already had already been issued visas and gave immigration preference to religious minorities, which Trump said was designed to help Christians.

That ban was halted by U.S. District Judge James Robart in Seattle, a ruling that was upheld by the 9th U.S. Circuit Court of Appeals in San Francisco. Rather than appeal that decision to the Supreme Court, the Trump administration revoked the first order and issued a new one.

The revised executive order, signed by Trump on March 6, bars citizens of Iran, Libya, Somalia, Sudan, Syria and Yemen for 90 days and all refugees for 120 days. It includes several changes from the original ban struck down in court. Iraq was removed from the list after its government agreed to enhanced screening of its citizens. An indefinite ban on Syrians was dropped. And the new order made clear that nationals of those six countries with valid visas or legal permanent residence (known as green cards) would not be restricted from traveling.

Government lawyers argued that the revised travel ban was written to address the concerns raised by judges, which included the removal of the section that gave preference to religious minorities. By stripping the order of any religious component, they argued, the order was no longer illegal. They also bolstered their national security argument by including examples of ongoing terrorism investigations against foreigners who legally entered the U.S. in recent years.

Civil rights groups, immigration advocacy organizations and nearly a dozen states fought back, arguing that the revised travel ban was simply “Muslim Ban 2.0” and contained the same fatal flaws as the first. Watson agreed, pointing to statements by Trump and his staff that served as “significant and unrebutted evidence of religious animus” toward Muslims.

Watson halted the executive order on March 15, just hours before it was set to go into effect.