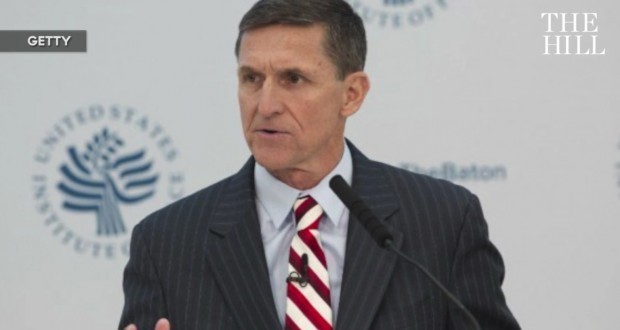 Robert Kelner says his client “has a story to tell”, but needs to guard against “unfair prosecution”, Joinfo.com reports with reference to the BBC.

Congress is investigating the allegations, with one senator warning of Kremlin “propaganda on steroids”.

Mr Flynn was sacked in February after misleading the White House about his conversations with a Russian envoy.

His links to Russia are being scrutinised by the FBI and the House and Senate Intelligence Committees, as part of wider investigations into claims Moscow sought to help Donald Trump win the US presidential election, and into contacts between Russia and members of President Trump’s campaign team.

“General Flynn certainly has a story to tell, and he very much wants to tell it, should the circumstances permit,” said his attorney, Robert Kelner, in a written statement.

He said he would not comment on his discussions with congressional panels conducting the investigation.

The lawyer said the media was awash with “unfounded allegations, outrageous claims of treason, and vicious innuendo”.

“No reasonable person, who has the benefit of advice from counsel, would submit to questioning in such a highly politicized, witch-hunt environment without assurances against unfair prosecution,” he said.

The Senate Intelligence Committee opened its hearing on Thursday with one member saying Moscow had sought to “hijack” the US election.

Democrat Mark Warner said Russia may have used technology to spread disinformation, including fake news for voters in key states, such as Wisconsin, Michigan and Pennsylvania.

“This Russian ‘propaganda on steroids’ was designed to poison the national conversation in America,” Senator Warner said.

Panel chairman Richard Burr, a Republican, warned: “We are all targets of a sophisticated and capable adversary.”

Mr Burr also confirmed there had been “conversations” about interviewing Mr Flynn, but his appearance had not been confirmed.

The Trump presidency has faced continued allegations that members of its team colluded with Russian officials during the election campaign.

The president regularly dismisses the claims as “fake news” and Russia has also ridiculed the allegations.

President Putin did so again on Thursday at an Arctic forum, describing them as “nonsense” and “irresponsible”.

Who is Michael Flynn?

Mr Flynn, a retired army lieutenant-general, initially denied having discussed US sanctions against Russia with the country’s ambassador, Sergei Kislyak.

But he stood down after details of his phone call emerged, along with reports that the Department of Justice had warned the White House about Mr Flynn misleading officials and being vulnerable to Russian blackmail.

At last summer’s Republican party convention, Mr Flynn led chants of “lock her up” aimed at Hillary Clinton over her use of a private email server.

In September, he said in a TV interview that it was unacceptable that some of the Democratic candidate’s aides had been granted immunity from prosecution.

“When you get given immunity that means you’ve probably committed a crime,” he told NBC News.