Home / US / Chicago violence: 7 killed in one neighborhood in 12 hours

Chicago violence: 7 killed in one neighborhood in 12 hours

Shares
Seven people, including four men killed in a gang-retaliation attack at a fast-food restaurant and a pregnant woman found with a gunshot wound to the head, were gunned down in three separate incidents within blocks of each other Thursday, police said. 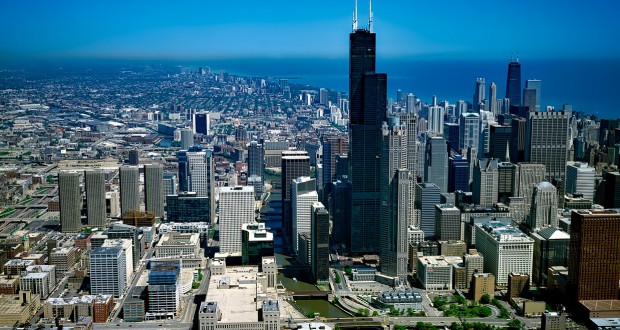 The latest convulsion of violence, which occurred over a 12-hour period in the city’s South Shore neighborhood, comes as Chicago tallied nearly 900 murders in the past 15 months, Joinfo.com reports with reference to USA Today.

Two people — a 27-year-old man and a 23-year-old woman — were fatally shot as they drove near the South Shore Cultural Center, a popular cultural and recreational spot operated by the city’s park district, around 11 p.m. Thursday.

Police said a black Jeep drove alongside the victim’s van and opened fire, causing the victims’ vehicle to strike a pole. The woman, who was sitting in the front passenger’s seat, suffered a gunshot wound to the head, and the man —who was a documented gang member — was shot in the side, according to police. Both were pronounced dead on the scene.

In the quadruple homicide about seven hours earlier, four male victims were found in or around the Nadia Fish and Chicken restaurant, according to police.

Shortly after noon, police responded to an incident at an apartment about a mile from the restaurant in which Patrice Calvin, 26, was found dead with a gunshot wound to the head. She was four months pregnant, according to police.

The seven killings in South Shore followed another gang-related fatal shooting in the neighborhood late Wednesday, in which police said four men exited a vehicle and opened fire on a 37-year-old man as he was walking on a sidewalk. The man, who was wounded on the side of his body, transported himself to an area hospital, but later died from his injuries.

No suspects are in custody in any of the incidents. Police declined to comment on whether the shootings are connected.

Police spokesman Anthony Guglielmi said investigators believe the shooting at the restaurant was “gang-related retaliation,” but declined to provide more specific details because of the ongoing investigation.

A team of detectives canvassed the area Thursday evening, looking for private security video from businesses that may have captured portions of the incident, Guglielmi said. The department also beefed up patrols in the neighborhood following the spate of shootings.

With more than 760 murders last year, Chicago tallied more killings than New York City and Los Angeles combined. It was the highest murder toll for the city in nearly two decades.

In the first three months of 2017, murders have slightly decreased with the city recording 123 murders through Sunday, compared to 136 at the same time last year, according to police department data.

The bulk of the murders have occurred in a few predominantly black and Latino neighborhoods on the city’s South and West sides. Police department brass say the vast majority of the killings are tied to the gang-fueled drug trade in those areas.

On the campaign trail and during his first two months in the White House, President Trump has repeatedly criticized Mayor Rahm Emanuel and the city leadership for not doing enough to stem the violence. Trump has also made vague threats to order federal intervention.

In recent months, the police department has built a series of data-driven support centers in some of the city’s most violent neighborhoods that use hyper-local video and data to help officers more quickly respond to shootings and help police predict where the next incident may occur.