Home / US / Steve Bannon Removed From The US National Security Council

Steve Bannon Removed From The US National Security Council

Shares
The move is part of a larger shake-up at the NSC. 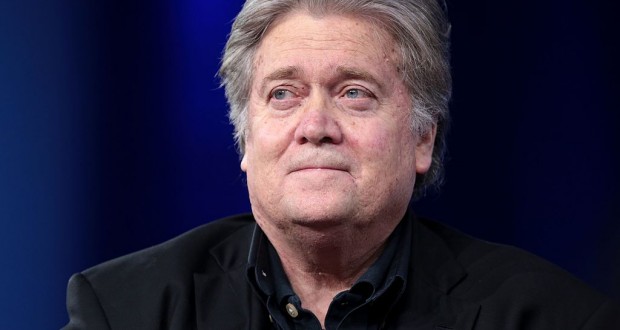 Bloomberg, which first reported the news, said the move was part of a larger shake-up within the NSC.

In January, Trump released a memo on the organization of his National Security Council, which listed Bannon as a member of the principals committee. A number of officials from previous Democratic and Republican administrations raised concerns that the unusual inclusion would blur the lines between political and national security work.

Trump initially also excluded the chairman of the Joint Chiefs of Staff and the director of national intelligence from National Security Council meetings except when “issues pertaining to their responsibilities and expertise are to be discussed.”

In the new memo, Bannon’s role is no longer included in the principals committee, and the Joint Chiefs chair and the DNI are again regular attendees.