Home / US / Trump: ‘I now have responsibility’ when it comes to Syria

Trump: ‘I now have responsibility’ when it comes to Syria

Shares
President Donald Trump, speaking at a news conference on Wednesday, said the chemical attack against Syrian civilians "crossed a lot of lines for me" and changed the way he views Syria and leader Bashar al-Assad. 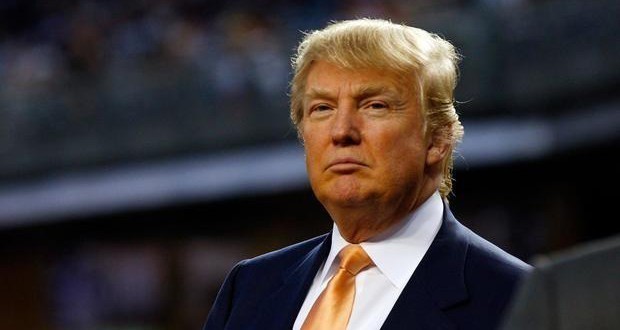 “I now have responsibility, and I will have that responsibility and carry it very proudly,” Trump said responding to a question about a White House statement Tuesday that blamed the attack in part on President Barack Obama, Joinfo.com reports with reference to CNN.

“It is now my responsibility. It was a great opportunity missed,” Trump said.

Trump did maintain that Obama’s failure to respond to his red line threat “was a blank threat (that) set us back a long ways, not only in Syria but in many other parts of the world.”

The President condemned the attack as “heinous.”

“Yesterday’s chemical attack, a chemical attack that was so horrific in Syria against innocent people, including women, small children and even beautiful little babies, their deaths were an affront to humanity,” Trump said from the Rose Garden. “These heinous actions by the Assad regime cannot be tolerated. The United States stands with our allies across the globe to condemn this horrific attack and all other horrific attacks, for that matter.”

World leaders expressed shock and outrage Tuesday at reports of the suspected targeted attack in northwestern Syria that killed scores of civilians, with one UK official suggesting the incident amounted to a war crime.

Activists said the Syrian regime was responsible for killing dozens of people, including many children, leading the United Nations to replace a scheduled Security Council session for Wednesday morning with an emergency meeting.

Earlier in the day, Trump had left the door open to new action in Syria in his first on-camera comments in response to a deadly suspected chemical attack in the Middle East.

“You will see,” Trump said when asked if he would take new action, according to pool reporters present when Trump welcomed Jordan’s King Abdullah to the Oval Office.

“These are very troubled times in the Middle East, and we see what happened just recently yesterday in Syria — horrible. Horrible, horrible thing. Unspeakable,” Trump said, later calling it a “terrible affront to humanity.”