Shares
New York will be the only state in the United States to offer universal public college tuition coverage for working- and middle-class residents after the program was included in the budget package approved Sunday night. 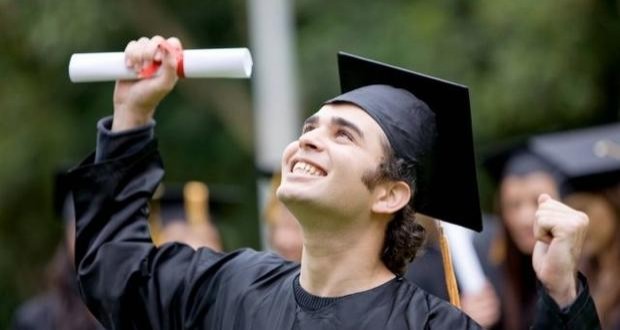 The state’s Excelsior Scholarship program will be rolled out in tiers over the next three years, starting with full coverage of four-year college tuition this fall for students whose families make less than $100,000, according to NBC News.

While states like California and Georgia have comprehensive grant and scholarship programs for four-year college as well, New York’s is the nation’s only truly universal program — with no requirements other than residency and income, and no caps on the amount of residents who can receive full tuition.

“With this budget, New York has the nation’s first accessible college program. It’s a different model,” said Governor Andrew Cuomo Saturday in a statement. “Today, college is what high school was—it should always be an option even if you can’t afford it.”

According to Cuomo’s office, the budget includes a record $7.5 billion for higher education — though that’s only a 6.3 percent increase from 2016.

An estimated 80 percent of New York State’s families with college-age kids could use the new program. The governor’s estimate of 940,000 affected families does not include adult students entering college for the first time, who are also eligible.

The Excelsior Scholarship will be included in the state’s Free Application for Federal Student Aid (FAFSA), and students will see that they are eligible when they fill out the forms this spring.

There is no age limit for the program; once students receive the Excelsior Scholarship they must be enrolled full-time with an average of at least 30 credits per year and continue to meet the minimum GPA requirement for their program.

The state is also investing $8 million in electronic books in order to lower costs for students, a spokesperson for Cuomo’s office told NBC News.

Despite additional funding for supplies, the program left some critics wondering about whether it fairly addresses the needs of low-income students.

New York Assemblyman Victor M. Pichardo, based in the Bronx, represents a district where nearly one-third of families live below the poverty line. He told NBC News that very poor students face a different reality than students making $99,000 a year. The Excelsior Scholarship would award the same tuition assistance to both.

“Many students in my district qualify for funding opportunities like Pell Grants, EOP or TAP Awards, but still have to face the back-breaking cost of housing, food and transportation,” said Pichardo. “This program does nothing to address the needs of countless low-income students and will only end up impacting a small percentage of CUNY students.”

Pichardo told NBC News he hopes to “continue this dialogue” with state legislators and expand access to high education.

Free coverage of two-year colleges already exists in Tennessee, Oregon, and Minnesota. According to the National Conference of State Legislatures, about a dozen other states have seen legislation proposed that would do the same.

In January, Cuomo paired up with Sen. Bernie Sanders at a press conference to announce plans for the Excelsior Scholarship. Free college was a central element of Sanders’ presidential campaign platform.

“Today what Gov. Cuomo is proposing is a revolutionary idea for higher education,” said Sanders at the January press conference. “And it’s an idea that is going to reverberate not only throughout the state of New York, but throughout this country.”

New York’s budget was approved one week after Senator Bernie Sanders introduced the College for All Act in an effort to eliminate college tuition—and the crippling debt that so often comes along with it.

“Higher education in America should be a right for all, not a privilege for the few,” Sanders said in an April 3rd statement. “If we are to succeed in a highly competitive global economy and have the best-educated workforce in the world, public colleges and universities must become tuition-free for working families and we must substantially reduce student debt.”

It should be recalled that the University of Utah will become the first big-time sports school in the US to offer scholarships for competitive video gaming.