Shares
Donald Trump has a big red button on his desk - but it is not for the reason you may initially think. 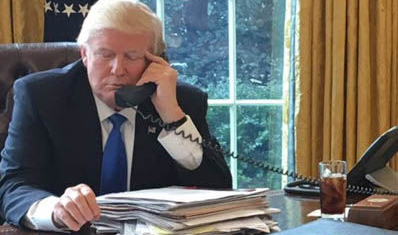 The US President is about to reach his 100th day in office – with recent weeks being preoccupied with the prospect of war with North Korea. And it turns out there is another red button on the infamous Oval Office desk – which Mr Trump uses for an unusual purpose, according to Daily Express.

During an interview with journalists to mark his 100th day, he pressed the button.

And rather than firing a nuclear warhead, the President had actually just ordered a Coke – brought to him in a glass by his very own butler.

“‘There will be a button where I get a Coke wherever I want, a slide with a ball pit, and Bigfoot sleeps over and he teaches me karate.’

“Good for him! The president deserves to be refreshed.

“A butler bringing him his Coke, really living the dream.”

But this is not the first time Mr Trump, whose penchant for junk food has been widely documented, has been glimpsed with a glass of Coke on the Oval Office desk.

In January, a CNN reporter shared of photo of the billionaire with the phone glued to his ear and the ice cold soft drink close to hand. 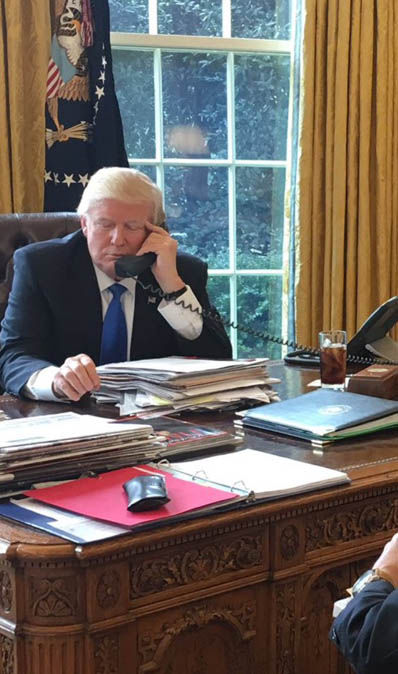 But after showing off his fancy red button Mr Trump also admitted a “major, major” conflict with North Korea was possible.