Shares
US airline Delta is facing a public-relations problem after a family claimed they were kicked off a flight for refusing to give up a child's seat. 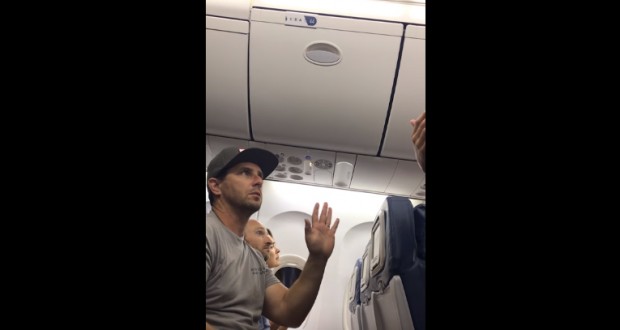 Delta said it was “sorry for the unfortunate experience” and would compensate the family, according to the BBC.

“This is a federal offence and then you and your wife will be in jail and your kids will be in foster care,” a crew member can be heard telling the family in a YouTube video of the incident has clocked up more than three million views.

The incident follows the case of passenger Dr David Dao, who grabbed global headlines when he was injured while being physically removed from a United Airlines flight last month. He settled in court last month for an undisclosed sum.

The latest incident happened on a flight from Maui in Hawaii to Los Angeles on 23 April, but only came to light when the video was posted online.

The eight-minute video shows Brian Schear arguing that he has paid for the seat, while crew members try to convince him to give up the seat, on a flight Mr Schear claims was overbooked.

Mr Schear said he had originally booked the seat for his older son, who had taken an earlier flight to make sure one of his other children would have a seat.

One crew member initially told him that his other son owned the seat so the toddler could not sit there.

His two-year-old was sitting in a child safety seat, which crew members then claimed was banned under Federal Aviation Administration (FAA) regulations and said the child would have to sit in an adult’s lap.

That is at odds with Delta’s published advice, which says that for children under two years “we recommend you purchase a seat on the aircraft and use an approved child safety seat”. The company’s advice says an infant under two may be held in a parent’s lap if they choose.

The FAA’s website also “strongly urges” parents to put young children in a safety device in their own seat.

An airline employee then told Mr Schear “the plane is not going to move… we can all sit here all night if that’s what you guys want to do”.

Despite Mr Schear later relenting and agreeing to hold the child, the crew member tells him the family was being removed from the plane because “it’s come too far”.

When he responds that there is nowhere for his family, including two infants, to go and no more flights, the crew member can be heard saying: “You guys are on your own.”

The family eventually left the flight, and Mr Schear said their seats were filled by four other passengers waiting with tickets.

Later, he told CBS News: “The bottom line is, they oversold the flight.”

His wife, Brittany, who recorded the video, told NBC News that she was upset they were threatened with prison.

“When you’re a mother and you have your one-year-old and your two-year-old and they threaten to take your kids away from you, I mean whether that’s possible or whether that’s, you know against the law, it just, it made my heart drop,” she said.

On Thursday evening, a day after the video was posted, Delta released a statement about the incident.

“We are sorry for the unfortunate experience our customers had with Delta, and we’ve reached out to them to refund their travel and provide additional compensation,” the company said.

“Delta’s goal is to always work with customers in an attempt to find solutions to their travel issues. That did not happen in this case and we apologise.”