Shares
You would be forgiven for thinking in the midst of a global PR crisis a company would be on their very best behaviour. 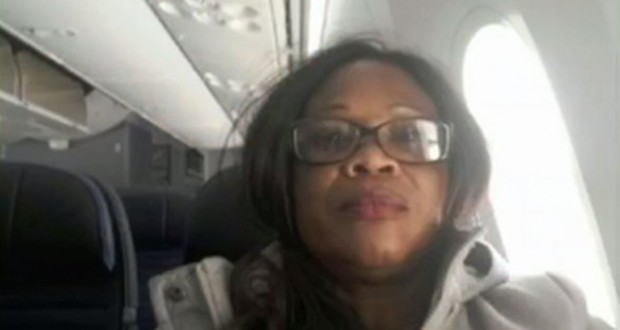 United Airlines have been forced to apologise after accidentally flying a passenger 3,000 miles in the wrong direction, according to Metro.

Lucie Bahetoukilae, who speaks no English, was intending to catch a plane to Paris and was horrified when she landed in San Francisco.

It took Ms Bahetoukilae 28 hours to reach her intended destination.

Her niece, Diane Miantsoko told ABC: ‘If they would have made the announcement in French, she would she have moved gates. Of course, because she speaks French she would’ve moved to another gate.’

A United Airlines spokesperson said: ‘We deeply apologise to Ms. Bahetoukilae for this unacceptable experience.

‘When she arrived in San Francisco we ensured she got on the next flight to Paris and refunded her ticket.

‘Our customer care team has reached out to her directly to ensure we make this right.

‘We are also working with our team in Newark to prevent this from happening again.’

United Airlines has settled a confidential lawsuit after the mix up on April 24.

The incident comes weeks after United Airlines passenger Dr David Dao was violently dragged from his seat on an overbooked flight by security staff.