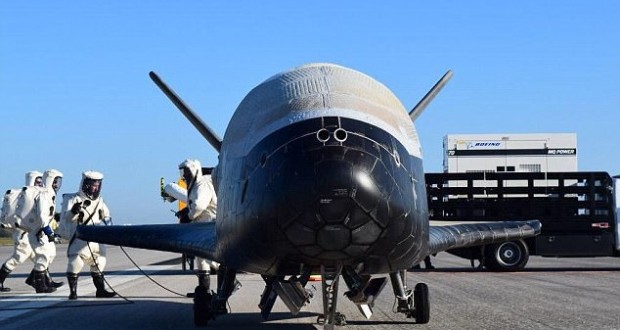 An unmanned military space plane landed at Kennedy Space Center Sunday with a sonic boom, according to MailOnline.

The reusable X-37B Orbital Test Vehicle’s (OTV-4) return concluded an almost two-year mission in orbit, according to the US Air Force.

The Air Force tweeted shortly after 8am that the vehicle had landed safely, marking the conclusion of its fourth classified mission, which lasted more than 700 days.

OTV-4 launched from Cape Canaveral on a United Launch Alliance Atlas V rocket on May 20, 2015.

Air Force officials have called the X-37B program ‘the newest and most advanced re-entry spacecraft.’ The program is managed by the Air Force Rapid Capabilities Office.

The two mini-shuttles have each completed two missions since their first launch from the Cape in 2010. Three of the prior X-37B landings occurred at the Vandenberg Air Force Base in California. 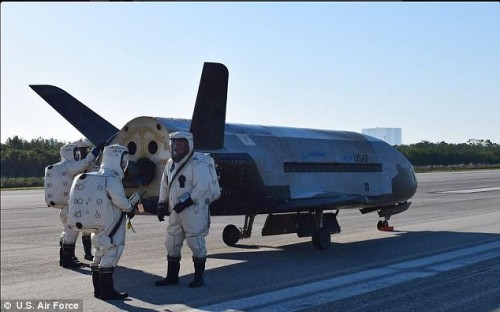 When the plane landed Sunday morning the sonic boom could be heard throughout Central Florida, and some Brevard County residents likely heard them before it even touched down at the Shuttle Landing Facility.

Air Force officials said that several technologies are being tested in the program.

‘The primary objectives of the X-37B are twofold; reusable spacecraft technologies for America’s future in space and operating experiments which can be returned to, and examined, on Earth,’ an official said, according to Click Orlando.

Officials also explained that the X-37B is the first vehicle of its kind able to return experiments to Earth for further inspection and analysis. It is the first with this capability since NASA’s Shuttle Orbiter.

The X-37B is able to stay in space longer because of its minimum on-orbit time of 270 days, officials said.