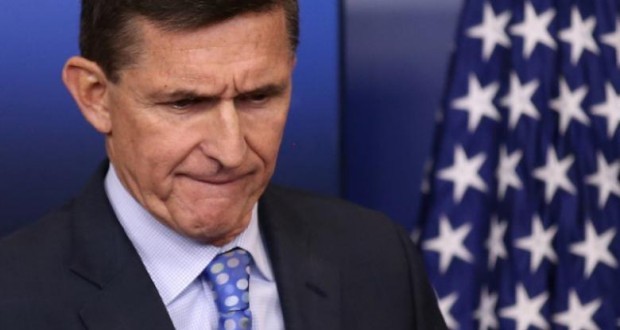 In a joint statement, Senators Richard Burr, the committee’s Republican chairman, and Mark Warner, its top Democrat, said the committee had first requested the documents from Flynn in a April 28 letter, but the retired lieutenant general had declined, through counsel, to cooperate with the committee’s request.

It was the first subpoena announced by the committee in its investigation.

Warner said on Tuesday that the committee has been receiving documents as it investigates allegations that Russia sought to influence the U.S. election, something Moscow denies. But he told Reuters that some people were not complying “so we were going to take next steps.”

The Trump administration denies any collusion with Russia.

Flynn has been a focus of investigations into Russia and the election. He was forced to resign in February as Trump’s national security adviser for failing to disclose the content of his talks with Sergey Kislyak, Russia’s ambassador to the United States, and then misleading Vice President Mike Pence about the conversations.

Former Acting U.S. Attorney General Sally Yates testified at a high-profile hearing on Monday that she had warned the White House in January that Flynn had been compromised and could have been vulnerable to blackmail by Russia.

The subpoena was announced a day after Trump abruptly fired FBI Director James Comey, who had been leading the bureau’s investigation of Russia and the election. Comey’s firing prompted a storm of criticism from Democrats, who accused the president of seeking to stall the probe.

Some of Trump’s fellow Republicans, including Burr, also expressed strong doubts about the timing of Trump’s action.