Shares
A painting by the late artist Jean-Michel Basquiat has sold at auction in New York for $110.5m (£85.4m). 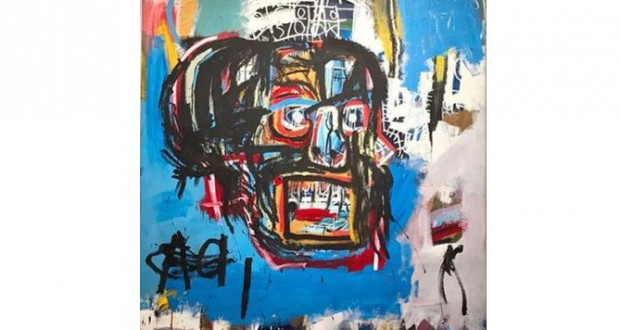 That is nearly double the price of his previous most expensive work, bought by the same person a year ago, according to the BBC.

It has broken several other records including becoming the most expensive work by any US artist.

It is also the highest price fetched for any art by a black artist and the first piece created since 1980 to break the $100m mark.

The untitled work was done in oil stick, acrylic and spray paint, and depicts a face in the shape of a skull.

It was sold to Yusaku Maezawa, a 41-year-old Japanese fashion entrepreneur who plans to set up a museum in his home town of Chiba.

Bidding for the piece during the auction at Sotheby’s lasted 10 tense minutes. Cheers and applause erupted in the room when the work was sold to Mr Maezawa by telephone.

He later posted on Instagram that the painting made him feel “so much excitement and gratitude for my love of art”, a feeling he wished to share with “as many people as possible”.

Mr Maezawa last year set the previous record for a Basquiat piece, when he paid $57.3m for a painting of a horned devil. 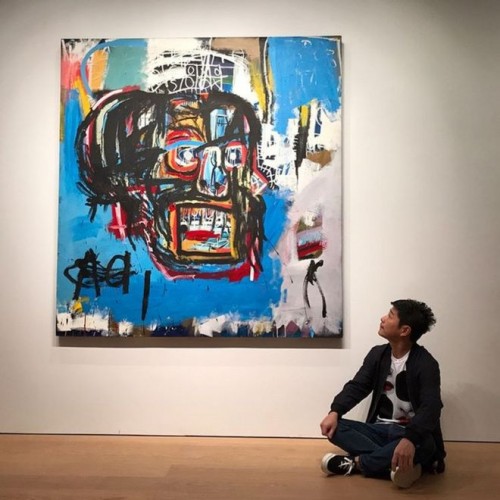 Jean-Michel Basquiat, a native New Yorker, died in 1988 of a heroin overdose aged 27. He had been an artist for just seven years.

Most of his works depict the problems faced by African Americans in the US, reports the BBC’s Laura Bicker in Washington.

Once a graffiti rebel from Brooklyn who sold drawings for $50, he is now in the same league as Pablo Picasso and Francis Bacon, she says – part of a rare group of artists whose work has sold for more than $100m at auction.

“Breaking $100m for a work which is that recent is definitely extraordinary,” said Gregoire Billault, head of contemporary art at Sotheby’s.

“I think it just speaks about the talent of this guy. It’s just pure emotion. He’s bringing something never seen before.”