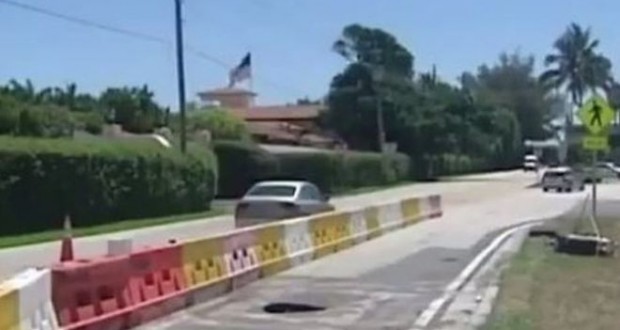 The town of Palm Beach, where Mr Trump’s retreat is located, tweeted a traffic alert on Monday morning about the 4ft by 4ft (1.2m) road cavity, Joinfo.com reports with reference to the BBC.

City officials tweeted that the hole had formed “directly in front of Mar-a-Lago” and was close to a newly installed water main.

City construction crews were to carry out “exploratory excavation” of site.

Social media users have been poking fun at the cave-in, which comes in the middle of Mr Trump’s first foreign trip as president. 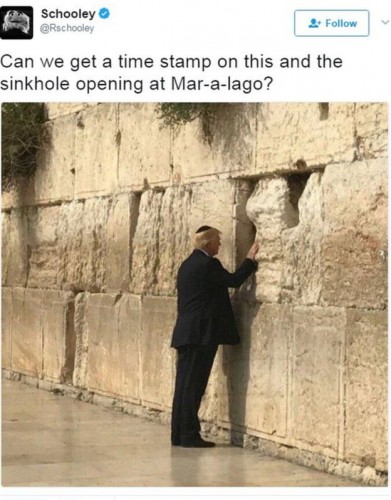 The president has been visiting Saudi Arabia and Israel and will head to the Vatican this week.

Quite a few posts referred to a glowing orb that Mr Trump touched during a visit to Saudi Arabia.

One Twitter user posted a recent political cartoon depicting Mar-a-Lago as a sinkhole receiving an endless stream of tax dollars. 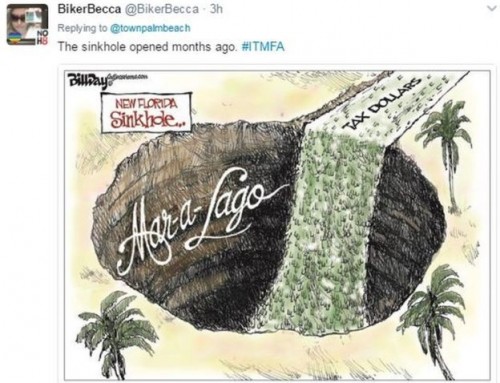 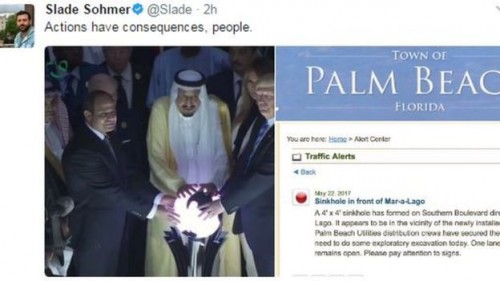