Shares
One of President Donald Trump's friends said Monday he believes the President is considering dismissing special counsel Robert Mueller, who was appointed to lead the FBI investigation into Russia's potential ties to the 2016 election. 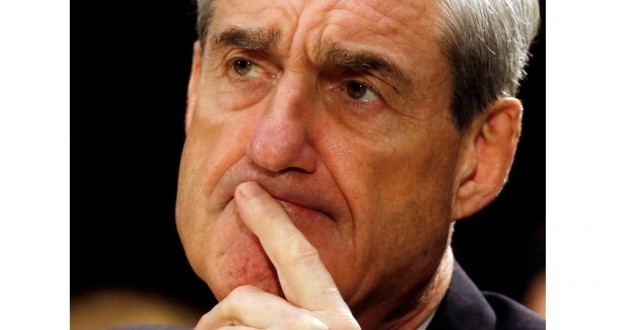 “I think he’s considering perhaps terminating the special counsel,” Christopher Ruddy — who was at the White House Monday — told PBS’ Judy Woodruff on “PBS NewsHour”, according to CNN. “I think he’s weighing that option.”

Chris Ruddy to @JudyWoodruff: President Trump is considering firing special counsel Robert Mueller, who he considered for another position. pic.twitter.com/X4IIHlh8at

A source close to the President said Trump is being counseled to steer clear of such a dramatic move like firing the special counsel.

“He is being advised by many people not to do it,” the source said.

However, White House press secretary Sean Spicer said, “Mr. Ruddy never spoke to the President regarding this issue. With respect to this subject, only the President or his attorneys are authorized to comment.”

Ruddy, the CEO of Newsmax Media, based his Mueller comment on a television interview with one of Trump’s lawyers. When asked about the interview by CNN, Ruddy said: “My quote is accurate.”

He told Woodruff he thinks firing Mueller “would be a very significant mistake, even though I don’t think there’s a justification … for a special counsel.”

Mueller was appointed FBI Director by President George W. Bush in 2001 and served until 2013, when Comey took over as head.

Since being appointed special counsel in May, he has built a team of formidable legal minds who’ve worked on everything from Watergate to Enron. He has long been widely respected by many in Washington from both sides of the aisle, with many lawmakers praising Deputy Attorney General Rob Rosenstein’s pick.

Still not everyone is a fan.

“I think Congress should now intervene and they should abolish the independent counsel,” the former House speaker said. “Because Comey makes so clear that it’s the poison fruit of a deliberate manipulation by the FBI director leaking to The New York Times, deliberately set up this particular situation. It’s very sick.”

“I don’t think Newt said that,” Graham told reporters. “I think it’d be a disaster. There’s no reason to fire Mueller. What had he done to be fired?”

After news of Ruddy’s interview surfaced on the web, Rep. Adam Schiff, the top Democrat on the House intelligence committee, echoed that sentiment on Twitter. 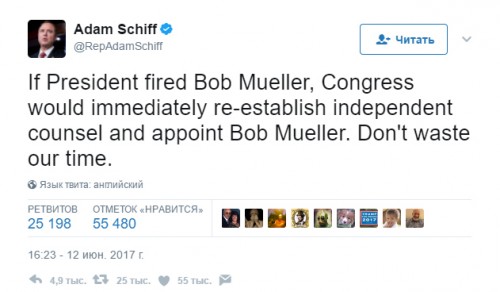 “You have to hope that common sense would prevail,” Schiff said. “But it wouldn’t surprise me at all, even though it would be absolutely astonishing were he(Trump) to entertain this. The echoes of Watergate are getting louder and louder.”