Home / US / Washington Post: Trump under investigation for possible obstruction of justice

Washington Post: Trump under investigation for possible obstruction of justice

Shares
The special counsel overseeing the investigation into Russia’s role in the 2016 election is interviewing senior intelligence officials as part of a widening probe that now includes an examination of whether President Trump attempted to obstruct justice, according to Washington Post. 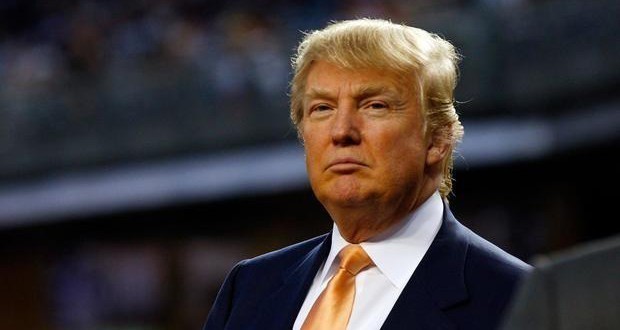 The move by special counsel Robert S. Mueller III to investigate Trump’s conduct marks a major turning point in the nearly year-old FBI investigation, which until recently focused on Russian meddling during the presidential campaign and on whether there was any coordination between the Trump campaign and the Kremlin. Investigators have also been looking for any evidence of possible financial crimes among Trump associates, officials said to Washington Post.

Trump had received private assurances from then-FBI Director James B. Comey starting in January that he was not personally under investigation. Officials say that changed shortly after Comey’s firing.

Five people briefed on the interview requests, speaking on the condition of anonymity because they were not authorized to discuss the matter publicly, said that Daniel Coats, the current director of national intelligence, Mike Rogers, head of the National Security Agency, and Rogers’s recently departed deputy, Richard Ledgett, agreed to be interviewed by Mueller’s investigators as early as this week. The investigation has been cloaked in secrecy, and it is unclear how many others have been questioned by the FBI.

“The FBI leak of information regarding the president is outrageous, inexcusable and illegal,” said Mark Corallo, a spokesman for Kasowitz.

The officials said Coats, Rogers and Ledgett would appear voluntarily, though it remains unclear whether they will describe in full their conversations with Trump and other top officials or will be directed by the White House to invoke executive privilege. It is doubtful that the White House could ultimately use executive privilege to try to block them from speaking to Mueller’s investigators. Experts point out that the Supreme Court ruled during the Watergate scandal that officials cannot use privilege to withhold evidence in criminal prosecutions.

The obstruction-of-justice investigation of the president began days after Comey was fired on May 9, according to people familiar with the matter. Mueller’s office has taken up that work, and the preliminary interviews scheduled with intelligence officials indicate that his team is actively pursuing potential witnesses inside and outside the government.

The interviews suggest that Mueller sees the question of attempted obstruction of justice as more than just a “he said, he said” dispute between the president and the fired FBI director, an official said.

Investigating Trump for possible crimes is a complicated affair, even if convincing evidence of a crime were found. The Justice Department has long held that it would not be appropriate to indict a sitting president. Instead, experts say, the onus would be on Congress to review any findings of criminal misconduct and then decide whether to initiate impeachment proceedings.

Comey confirmed publicly in congressional testimony on March 20 that the bureau was investigating possible coordination between the Trump campaign and the Russians.

Comey’s statement before the House Intelligence Committee upset Trump, who has repeatedly denied that any coordination with the Russians took place. Trump had wanted Comey to disclose publicly that he was not personally under investigation, but the FBI director refused to do so.

Mueller is overseeing a host of investigations involving people who are or were in Trump’s orbit, people familiar with the probe said. The investigation is examining possible contacts with Russian operatives as well as any suspicious financial activity related to those individuals.

Last week, Comey told the Senate Intelligence Committee that he had informed Trump that there was no investigation of the president’s personal conduct, at least while he was leading the FBI.