Home / US / Personal Details of Nearly 200 Million US Citizens Leaked

Shares
Political data gathered on more than 198 million US citizens was exposed this month after a marketing firm contracted by the Republican National Committee stored internal documents on a publicly accessible Amazon server. 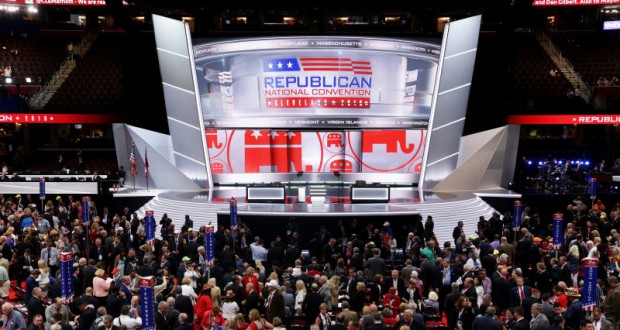 The data leak contains a wealth of personal information on roughly 61 percent of the US population, according to Gizmodo.

Along with home addresses, birthdates, and phone numbers, the records include advanced sentiment analyses used by political groups to predict where individual voters fall on hot-button issues such as gun ownership, stem cell research, and the right to abortion, as well as suspected religious affiliation and ethnicity. The data was amassed from a variety of sources, the super PAC co-founded by former White House strategist Karl Rove.

Deep Root Analytics, a conservative data firm that identifies audiences for political ads, confirmed ownership of the data to Gizmodo on Friday.

UpGuard cyber risk analyst Chris Vickery discovered Deep Root’s data online last week. More than a terabyte was stored on the cloud server without the protection of a password and could be accessed by anyone who found the URL. Many of the files did not originate at Deep Root, but are instead the aggregate of outside data firms and Republican super PACs, shedding light onto the increasingly advanced data ecosystem that helped propel President Donald Trump’s slim margins in key swing states.

Although files possessed by Deep Root would be typical in any campaign, Republican or Democratic, experts say its exposure in a single open database raises significant privacy concerns. “This is valuable for people who have nefarious purposes,” Joseph Lorenzo Hall, the chief technologist at the Center for Democracy and Technology, said of the data.

In a statement, Deep Root founder Alex Lundry told Gizmodo, “We take full responsibility for this situation.” He said the data included proprietary information as well as publicly available voter data provided by state government officials. “Since this event has come to our attention, we have updated the access settings and put protocols in place to prevent further access,” Lundry said.

Deep Root’s data was exposed after the company updated its security settings on June 1, Lundry said. Deep Root has retained Stroz Friedberg, a cybersecurity and digital forensics firm, to investigate. “Based on the information we have gathered thus far, we do not believe that our systems have been hacked,” Lundry added.

So far, Deep Root doesn’t believe its proprietary data was accessed by any malicious third parties during the 12 days that the data was exposed on the open web.