Shares
Dick Gregory, the pioneering standup comedian and civil rights activist, died Saturday night in Washington, D.C. at the age of 84, according to Variety 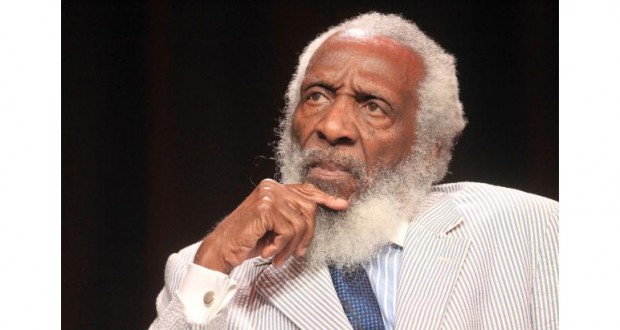 “The family appreciates the outpouring of support and love and respectfully asks for their privacy as they grieve during this very difficult time,” read the post from son Christian Gregory.

Gregory was active on the standup and public speaking circuit on and off for more than a half-century. He had been making comedy appearances until he was hospitalized on August 9.

Gregory recently released a new book, “Defining Moments in Black History: Reading Between the Lies,” and he penned a guest column for Variety on how communities can band together to end police brutality. In June, Gregory was the subject of a lengthy profile on “CBS Sunday Morning.” Actor Joe Morton explored the ups and downs of Gregory’s standup career in the one-man show “Turn Me Loose,” which ran in New York last year.

Gregory made his mark in the early 1960s as a rare African-American comedian who was successful in nightclubs geared to white audiences. One important break famously came in 1960 when he was invited by Playboy founder Hugh Hefner to perform at his Playboy Lounge in Chicago.

Gregory was known for his folksy delivery and for incorporating commentary about segregation and discrimination into his routines. During this period he released a number of successful spoken word albums, notably 1961’s “In Living Black and White,” 1962’s “Talks Turkey,” 1964’s “So You See … We All Have Problems,” and 1968’s “The Two Sides of Dick Gregory.” In 1964, he published an autobiography with the provocative title: “N—-: An Autobiography.”

A prolific writer, Gregory’s other books included “Up From N—–“, “No More Lies,” and “Callus on My Soul.” He received a star on the Hollywood Walk of Fame in 2015.

Gregory is survived by his wife of 58 years, Lillian, and 10 children.