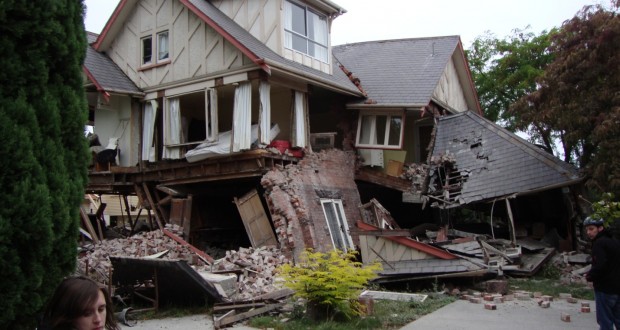 Today, on May 28, the planet Earth will be hit by the biggest earthquake ever. Such results of a personal “study” were announced by a Youtube user nicknamed Ditrianum Media. In his video, the narrator warns the American citizens of a huge catastrophe, which will occur at 4 p.m. on May 28, 2015, Motherboard reports.

The video has already been viewed by more than a million of people. The narrator appeared to be very thoughtful. He even wrote a warning message on Twitter, saying “I advice [sic] people in critical areas along fault lines in the world to be on extra alert around May 28. Be prepared. Have an escape plan ready.”

His theory turned out to be a nonsense, however, a lot of people believed in it.

According to US Geological Survey geophysicist William Ellsworth, not only has the idea that planetary alignment affects seismic activity been disproven, an earthquake of the magnitude predicted would be impossible in California.

“There are no known faults in California that could host an earthquake of that magnitude,” Ellsworth said. “Research indicates a larger earthquake, as large as 8.3, could occur, but there’s no evidence that will happen.”

He said while planetary alignment does have an effect on earth’s behavior, the idea that it could cause earthquakes has been thoroughly disproven. He said the largest effects on the Earth come from the Moon and the Sun.

“There is a tiny, tiny, tiny increase in earthquakes when [the Moon and Sun] are aligned, and it is so small it is completely insignificant,” he said. “Other planets would have no effect whatsoever. This comes up once a decade or so but there’s clear evidence this is not a phenomena that has any significance in terms of causing earthquakes.”

He said this theory comes up periodically, adding, “There’s nothing wrong with ideas, that’s what science is about, but this is an idea that has been thoroughly tested and thoroughly debunked.”

The fact that the planets aligning will not cause an earthquake this week does not mean people in California should not be prepared, he said.

“We’re always on guard against earthquakes in California, but there’s no reason to think there’s one more likely tomorrow or the next day than any time in the next ten years,” he said.

It should be recalled that the recent earthquake in Nepal killed more than 8,600 people.