Shares
Scientists from the United States draw attention to the fact that in the near future the ozone layer which protects people from ultraviolet rays, can disappear. 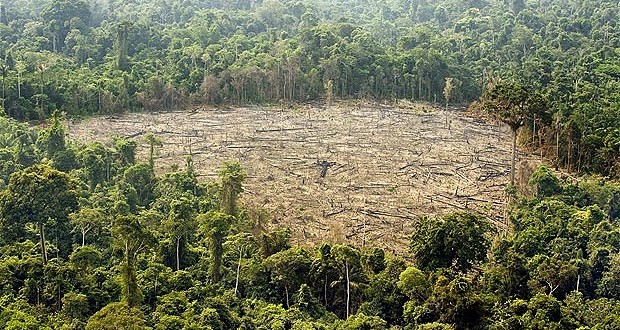 Scientists from the U.S. are sounding the alarm due to massive deforestation in the Amazon, which has provoked a critical state of the ozone layer. According to experts, if it continues in the future, the presence of ozone in the atmosphere will be quite questionable. The U.S. scientists warned about this danger in Peru at the UN conference on climate change on the planet. As it is known, carbon is an important part of the ozone layer formation, 55 per cent of carbon production falls exactly on the Amazon forests. As a result of unsustainable felling of trees, climate changes may lead to a critical situation in the near future.

The ozone layer is a part of the stratosphere which is located at a height of 12 to 50 km depending on the local geographical latitude. In this part of the stratosphere, under the influence of ultraviolet radiation from the Sun molecular oxygen falls into atoms, then connect with other O2 molecules, thereby forming ozone O3. High concentration of ozone can absorb harmful UV rays and protect all land living organisms from dangerous radiation. Scientists around the world note that if we consider the amount of deforestation around the globe, we can assume that soon the atmosphere could penetrate negative radiation of the Sun that will lead to serious consequences for the climate.