Shares
Modern technologies will help the police service in Berlin. The new system determines the probability of committing a crime. 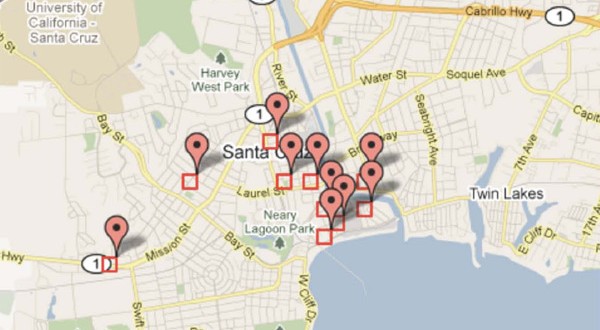 Berlin police received Precobs software for testing. It is developed by German engineers for precise determination of crime commission.

Police officers have already started testing the system. In case of successful test result, the program will be used throughout the country. Precobs predicts where and when a crime is most likely to be committed.

Precobs system estimates the probability of committing crimes, taking into account available statistics. So far, it takes into account only anonymous users' statistics, but the human rights activists believe that in the future it will use non-anonymous data.

The degree of risk of committing a crime is determined for each 150×150 m square for 24-hour period. The probability is determined by two types of crimes: vehicle crimes and house crimes. The program indicates the start of two most dangerous time intervals.

The system estimates the potential crime with the help of a mathematical pattern for probability calculation, basing on the statistics of accidents on the streets. It takes into account the day of the week, time of the day, presence or absence of football matches broadcasts and other factors.

Earlier the same computer system predicted crimes in London and successfully passed the first phase of testing, which lasted 20 weeks.