Shares
At the moment, the theft organizer and his accomplices are arrested. 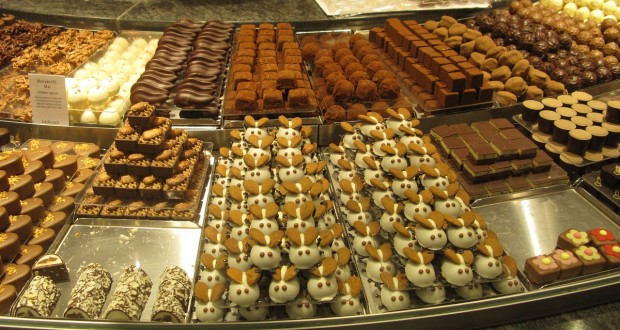 According to the European press, the malefactors, who have stolen 50 tons of chocolate worth 1.5 million euros, intended to sell it.

According to the Western press, the Italian police found 50 tons of stolen chocolate in warehouses. The owner of the chocolate is the Swiss company Lindt & Sprungli.

The Italian newspaper Ansa writes that the chocolate was found in the warehouses located in Nola, the province of Naples. When checking the police found 500 boxes of chocolate.

According to press reports, the "chocolate kidnapper" turned out to be the owner of a logistics company, which allowed him to steal the chocolate directly from the warehouse. The police arrested the suspect and his colleague, who were going to sell stolen chocolate.

The Italian magazine Local reports that a few days earlier, police have found another 20 tons of stolen Lindt & Sprungli chocolate. All in all, within a few months in this company there were stolen 260 tons of chocolate.