Shares
Russia welcomed the rapprochement between the U.S. and Cuba. In the 60s the Russian Federation and the United States were very close to nuclear war over Cuba. Now the Russian side declares that it approves the establishment of relations between two countries. 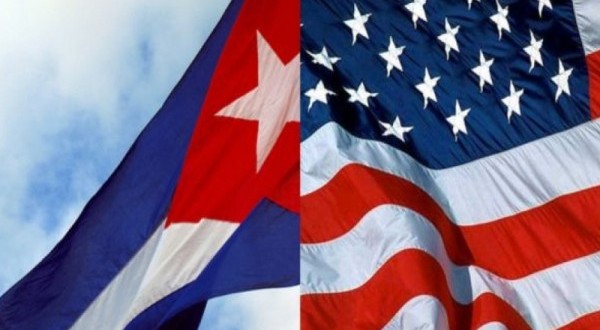 According to CCTV's correspondent Tom Barton, Russian media actively report that the Russian Federation supports the rapprochement between Cuba and the United States, quoting Deputy Foreign Minister Sergei Ryabkov saying that Moscow approves the establishment of a dialogue. Thus, according to the Russian side, the sanctions that the U.S. imposes on any state are illegal and illegitimate.

Currently, Russia is imposed sanctions by not only the U.S., but also a number of EU countries and other states due to the annexation of the Crimean Peninsula in March of this year and because of the support of the militants in Donbas.

As reported, previously Cuba was well known as a site for the Soviet aircraft off the coast of the United States. In 1962, the Soviet Union was planning to use Cuba for placing nuclear missiles. These actions led to the Caribbean crisis.

Earlier, Russian President Vladimir Putin said that Russia had written off 90% of the country's public debt. In fact, the Russian Federation has tried to preserve its influence in Cuba. During the negotiations there were also signed bilateral agreements.

Currently, however, the relationship between the U.S. and Cuba begin to improve. And if this relationship becomes too close, the Russian Federation may alarm the erosion of long-standing ties.