Home / World / Radiactive fish in Pripyat amazes by its sizes

Radiactive fish in Pripyat amazes by its sizes

Shares
The water is teeming with 2.5-meter catfish which are not afraid of being caught and swim directly to the surface. 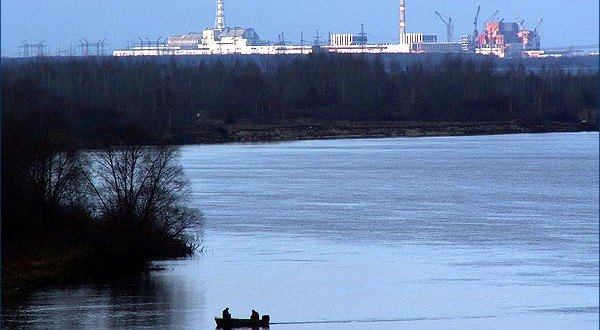 In the Pripyat River there are a lot of fish, especially in the Chernobyl area: there can be found ide, bream, crucian carp, pike, perch, roach, ruff, carp, catfish, pike-perch, chub and others. As a result of a long absence of people, in Pripyat there are a lot of fish now. Given the reduction of commercial stocks in most places where fishing is permitted, the exclusion zone near Chernobyl has become an attractive place for poaching fishing. Making relatively little efforts one can catch lots of fish. The catches are quite big – 4-5 people can catch up to a ton of fish during one night. Here fish is bigger than in the Dnipro River. Except for radiation it is even cleaner: in the ears there are no rosy spots from fuel.

However, fishing is popular among the locals, i.e. employees of the exclusion zone and squatters, they are doing it only for personal use and choose clean places for it. Also there is a third category of fishermen, those who have just leisure interest. They are not interested in fish as a culinary product. Very often after taking a picture, they put a fish back in the water. Pripyat crosses the exclusion zone from north to south-west. In the area of the Chernobyl nuclear power plant the riverbed has been changed to bypass the power station cooler. At this point the river has the width of 200-400 m. The average depth of Pripyat here is 3-4 meters, but in the pits it can reach up to 8 meters. Within the exclusion zone the Pripyat River has a length of 50 km.

In the cooler reservoir the pollution level is higher than in the river, no one runs the risk of catching fish here. The water is teeming with fish, and the fish are not afraid of being caught. Giant 2.5-meter catfish swim directly to the surface. The reason for this size is not radiation. The point is that the catfish grow throughout their lives, and if they are not caught, they can live up to hundred years. Not so long ago, all the rivers were equally rich with fish. A human affects the nature much more than many may think. Changes occur gradually and the new generation does not remember what it was like before.

Meanwhile, President Poroshenko intends to finish building the sarcophagus over the Chernobyl reactor. The EBRD Board of Directors has allocated € 350 million for building a new containment at the Chernobyl nuclear power plant. In addition, it is expected that 165 will be provided by the G7 and the European Commission. The Chernobyl Accident Liquidators Day, President of Ukraine Petro Poroshenko has promised to finish the sarcophagus over the destroyed reactor "in difficult conditions for the country," the press service of the Ukrainian leader reported.