Shares
The Argentine court has ruled that a female orangutan, which has lived 20 years in the Buenos Aires Zoo, may have certain rights as humans. 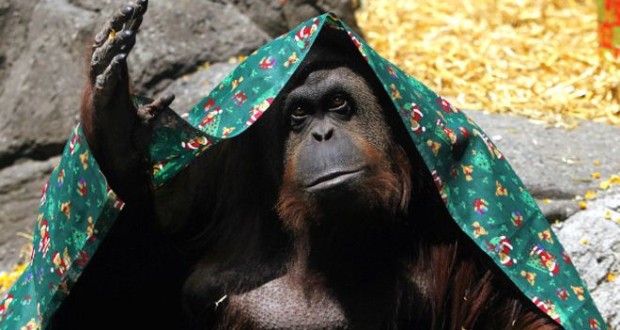 According to foreign media, the lawyers of the orangutan made demands that the ape Sandra be given some human rights and in connection with this released from captivity, Joinfo.ua reports.

According to the laws of Argentina, if no one disputes the court's decision, the ape will be transferred to one of the Brazilian nature reserves to live in free conditions.

It is to be recalled that a few weeks earlier the U.S. court in New York State has rejected the same requirement for a chimpanzee. Back then the court ruled that the ape was the property of the owner.

The lawyers of the Argentine organization of animal rights state that in terms of philosophical arguments, the orangutan Sandra is a complete personality, though not a human one. Therefore, in November there was filed a complaint to release the orangutan.

After a few rejections of the complaint, the Argentine court had to listen to the arguments that the ape has some rights that need to be protected.