Shares
Spanish operatic soprano Montserrat Caball? is in the midst of a scandal. The singer is accused of tax evasion in the amount of half a million euros. 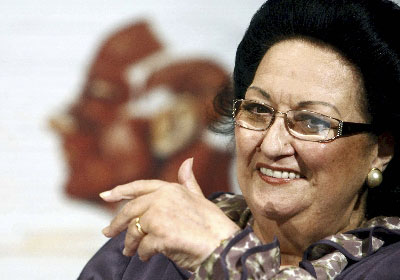 The diva has made a deal with the prosecutor and paid 240 thousand euro fine. However, it did not help her to avoid the punishment. The opera star was sentenced to six months in prison. The situation is encouraging by the fact that according to the Spanish law, less than two year prison term may be executed in the form of a conditional sentence. Thus, Montserrat Caballé does not have to serve time in prison.

At the same time, sources from the inner circle of the opera diva note that in her age the woman takes such litigations heavily. It is known that now Montserrat almost does not leave her house because of the illness.

Government authorities claim that Montserrat Caballé, who introduced herself to the list of residents of the neighboring small country of Andorra, did it deliberately in order to evade taxes. Meanwhile, the woman continues to live in Barcelona.