Prince and Princess of Monaco boast their newborn babies 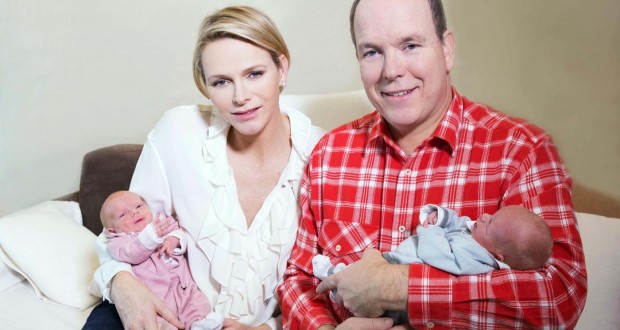 Just two weeks after the birth of their children the young parents agreed to show the public their newborns.

In the pictures the high-ranking family is captured sitting on a bed with their little twins in their arms – the father holds their son, and the mother holds their daughter. Both children are wearing the same suits – pink and blue ones.

As it is known, the heirs of the Prince of Monaco were born on December 10, with two minute difference. The babies were named Jacques and Gabriel. The boy will become a hereditary prince while Gabriel will receive the title of Countess Karladez.

At the same time the mother of the newborns, Charlene Wittstock, recently had an interview telling about her new role as a mother. The woman admitted that despite the fatigue, she feels great.

"I incredibly love them. Every moment spent with the babies is magic," enthusiastically commented the Princess. Earlier it was reported that Hayden Panettiere and Wladimir Klitschko have finally showed their little baby. On the Internet there is a touching picture of happy parents with their newborn princess.