Shares
The situation with Sharia law in Saudi Arabia is known to all, but the passion for football of one of the residents of the country turns out to be stronger than local laws. 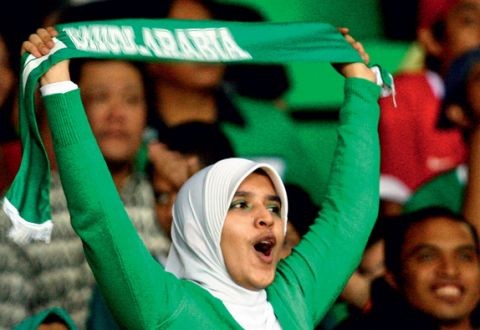 In Saudi Arabia, a woman who loves football has become the order of the day after attending the football match.

It is to be noted that women in this country are forbidden to attend the stadiums at the legislative level.

However, as reported, this woman clothed in men's clothes and entered the stadium in Jeddah.

After a while, she was noticed by people sitting alone on the podium for fans and visitors, which eventually won 1: 0.

The police handed over the case to the higher authorities. The information about the punishment that threatens the violator in accordance with the local Sharia law is not reported.

Also it was reported that a citizen of Great Britain and Iran Ghoncheh Ghavami was sentenced to one year in prison for attending volleyball game. The Iran court has accused her of "propaganda against the regime."

As Gavami"s lawyer said she was arrested at the time when she and other activists asserting women"s rights, tried to get to the stadium in Tehran to the men's team match between Italy and Iran.