Shares
Greece is a parliamentary republic. If a presidential candidate among the people's deputies does not gain enough votes, all members of government and parliament resign. And it just happened. 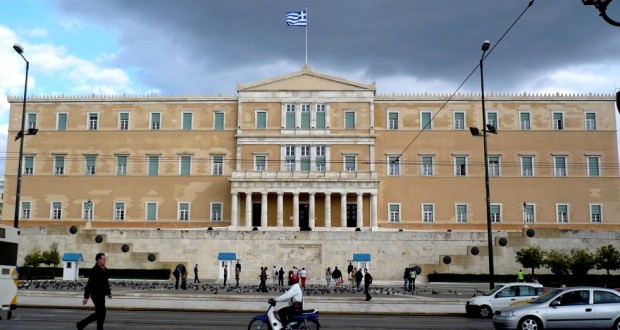 Stavros Dimas, a presidential candidate and former European Commissioner failed to gain the necessary 180 votes out of three hundred and did not become President of Greece. It means that the country which is already suffering the economic crisis, will held new elections.

The Parliament will be dissolved within 10 days, and the government of Antonis Samaras, which has nominated Dimas, will have to resign. The reason – it was the third and final vote on the presidential candidate.

For the third year in a row Greece can not cope with economic problems and establish stable government. One day its rulers make ancient Athens cooperate with the antagonists of the West, another day they bring it back to the European family.

Now the representatives of SYRIZA, the Coalition of the Radical Left opposing to Samaras are expected to be at the helm. They promise to keep Greece in the eurozone, trying to abolish some unfavorable agreements between Brussels and Athens.