Shares
A curious incident occurred in Rome, where a drunken resident of Norway almost passed through the X-ray security scanner for baggage. 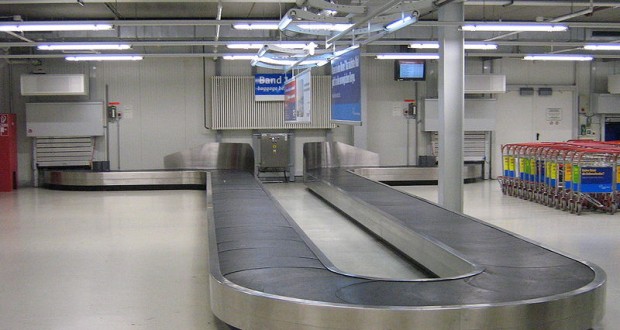 A drunken resident of Norway got tired waiting for his flight at the Rome Airport and decided to lie down on the baggage carousel, where he fell into a deep sleep. And even when the carousel began to move, 36-year-old was still having a rest. The tourist drove about 50 meters on this carousel unnoticed and 15 minutes later he appeared before a powerful scanner checking the content of suitcases.

Only then the Fiumicino Airport inspection officer noticed on the screen a human body lying on the belt conveyor in a fetal position. He immediately stopped it, called police and airport service. The drunken Norwegian was woken up and removed from the dangerous unit with powerful X-ray radiation, Italian newspaper La Repubblica writes.

The incident happened in late July. 36-year-old man, whose name is not reported, entered the terminal of the international airport with a backpack and a can of beer in his hand, British newspaper The Telegraph reports. The Norwegian was going to Oslo. As the tourist has not found any of the staff at the check-in desk, he jumped over the fence, put his backpack on the immovable belt conveyor and laid down next to it. When the baggage carousel started to move, the man did not feel anything.

As reported, police officers have hardly awakened the tourist. According to the senior police officer of the Fiumicino Airport, the incident does not reveal problems with security at the airport, as the measures were taken immediately.

According to police, similar incidents involving drunken passengers or people with mental health problems happen about once a year at the airport. Another police officer said in an interview with La Repubblica, that such a situation can not be avoided, if there are no employees at the check-in desk.

After removing the Norwegian from the X-ray scanner, which could harm his health, the tourist was taken to the hospital for examination.

According to The Daily Mail, a similar incident occurred this summer. In July, the airport security staff in the UAE raised the alarm when the screen showed a five-month baby hidden in a bag.

It turned out that the couple going from Egypt did not have a visa for their newborn baby, so they tried to "transport" it in such unusual and dangerous way – in baggage. Their plan failed when shocked airport officials noticed on the monitor the outlines of a small body in the bag.