Shares
The event was initiated by the local archbishop for celebration of Christmas. 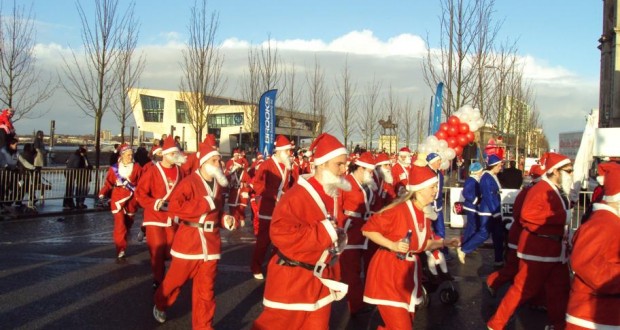 In the Indian city of Thrissur in the state of Kerala, 18,112 Santa Clauses came to the meeting "Buon Natale 2014".

The representatives of the Guinness Book of Records have registered a new world record – the Indians have surpassed Northern Ireland, which brought together 13,000 Santas in one place.

The event was initiated by the local archbishop for celebration of Christmas. It should be noted that last year 5,000 Santas have gathered here.

Earlier we have reported that Microsoft and Coca-Cola invited people to become the "models" for the world's biggest selfie taken on the front camera of a smartphone.

The photo taken with 5-megapixel camera of Lumia 730 phone is attended by 1151 people. The image was taken in Bangladesh. The participants were asked to sign up to determine how many people have come to the event.

According to the representatives of the Guinness Book of Records, the previous record belongs to Ellen DeGeneres who made a selfie with 279 people. The participants were standing in turn and taking a selfie during a selfie.