Ebola: disease free French nurse received the Order of the Legion of Honor

Shares
French nurse Lucy Perardel, who contracted Ebola fever and treated it, was awarded the French Order of the Legion of Honor. 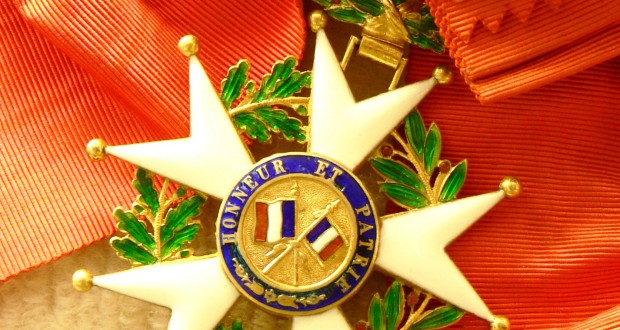 As reported, Lucie learned that she had contracted Ebola, after her return from Liberia, where she was working as a nurse. But, thanks to the experimental therapeutic drugs, 29-year-old nurse from the Medecins Sans Frontiers organization was able to defeat the disease. And now, as an exclusion, she was given the title of the Knight of the Order of the Legion of Honor of France, reports Joinfo.ua with reference to the State Official Gazette of France Le Journal oficielle.

The publication notes, Lucy was awarded the Order as an exception, because the Knights of the Order are only those citizens who have no less than 20 years' work experience.

Reference: the Order of the Legion of Honor was established by Napoleon Bonaparte in 1802. Now more than 92 thousand people are awarded its different degrees. The lists of awardees is published three times a year – January 1, Easter, and the national holiday on July 14.

According to the charter, the Master of the Order is the President of the French Republic. The Prime Minister and the main ministries of the country present him the lists of candidates for awarding.