Oliver Stone tells why he decided to interview Yanukovych

Shares
Filmmaker Oliver Stone does not defend and is not going to defend the fourth President of Ukraine Viktor Yanukovych. But at the same time he believes that there are left a lot of questions about the last year's events. 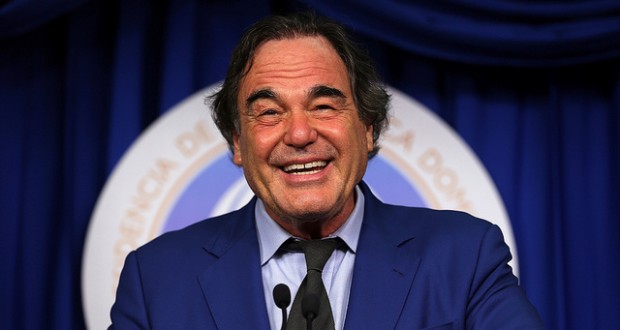 Filmmaker Oliver Stone does not defend and is not going to defend the fourth President of Ukraine Viktor Yanukovych. He wrote about this on his Facebook page.

"For those of you angry with my analysis of Ukraine yesterday, please try to understand the bigger picture I'm offering. I have no brief for Viktor Yanukovych, he may well be the most corrupt president Ukraine's ever had. Ukraine has a dramatic history of corruption. That is not my point. How Yanukovych was removed is and although many (perhaps a majority) of Ukrainian people wanted him out, there is ample evidence of pro-Western, third party interference…" he wrote.

Stone once again pointed out that there is an evidence of influence on the last year's Maidan events by the pro-Western foreign forces.

He also noted that the United States has never ceased to use Ukraine as a springboard to fight first with the Soviet Union and now with Russia.

It is to be recalled that Hollywood film producer Oliver Stone has said he wants to make a four-hour documentary telling the "dirty story" of the overthrow of former Ukrainian President Viktor Yanukovych in what he believes was a "coup" organized with the help of the United States' Central Intelligence Agency.