Home / World / 9 choke to death in Japan during holidays

9 choke to death in Japan during holidays 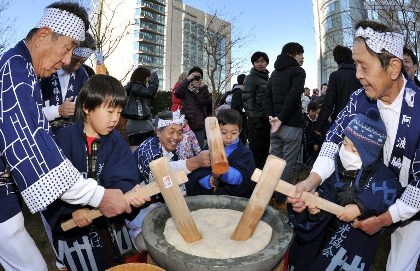 Even despite the fact that the authorities have repeatedly cautioned people to cut mochi into pieces so it is easier to chew it, people have not heeded these appeals, Joinfo.ua reports with reference to the Japanese edition of The Yomiuri.

According to the publication, January 2 the problems during mochi consuming were recorded in 128 people. All the victims were hospitalized. According to the Tokyo rescue service, only during the first three days of this year 18 people, who choked eating mochi, were brought to the capital's hospitals. Three of them died.

Reference: Mochi is a cake made of boiled short-grain glutinous rice crushed in a mortar. During the New Year holidays rice cakes are especially in demand because it is a traditional dish of the festive table.