Shares
Over the weekend the hurricane in Poland has injured 26 and de-energized 230 thousand citizens. 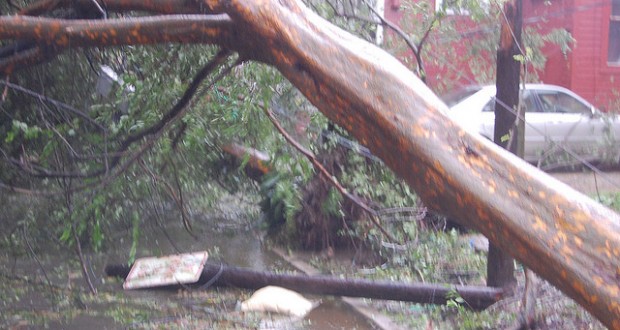 Over the last weekend the hurricane in Poland has injured 26 citizens. The fire brigades made 7,200 visits, more than 650 roofs are damaged, thousands of trees are broken, and 230,000 people are left without electricity.

According to the fire service of Poland, the rescuers and firefighters went to the aid mostly of the inhabitants of the Pomeranian, Wielkopolskie, Masovian, West Pomeranian, Kuyavian-Pomeranian, Warmian-Masurian, Mazury and Lodz Voivodeships of Poland.

"We help the victims by all means," Paul Frontchak, the representative of the Fire Service of Poland said.

According to the government security center of Poland, power engineers are working hard on resumption of electrical supply. By Sunday evening they managed to lower the number of consumers who were left without electricity from 350,000 to 230,000.

Meanwhile, the meteorological centers do not forecast decrease of wind.