Russian government can give money to new authorities in Greece

Shares
The Government of Russia does not exclude the provision of financial assistance to Greece, where the pro-Russian forces won recent parliamentary elections. 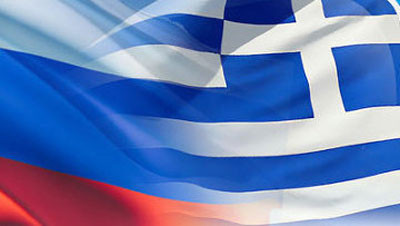 In an interview with CNBC, the minister said that Greece did not send such a request, but he did not rule out that the two governments could agree, if such a request was received.

"Well, we can imagine any situation, so if such [a] petition is submitted to the Russian government, we will definitely consider it, but will take into account all the factors of our bilateral relationships between Russia and Greece, so that is all I can say. If it is submitted we will consider it," Siluanov told CNBC in an exclusive interview in Moscow on Thursday.

It is interesting that such information was announced by the Russian side against the background of the new Greek government's intention to veto the EU decision regarding tightening sanctions against Russia. After the pro-Russian forces won the parliamentary elections in Greece, the new Greek government led by Alexis Tsipras did not support the statements of some EU leaders to discuss and impose new economic measures against the Russian Federation.

Tsipras condemned the EU leaders for not consulting with Greece on the statements concerning the likelihood of sanctions.

All this can mean that in the EU there appeared a new lobbyist of Russian imperial interests.

It should be recalled that the current sanctions against Russia were extended until September of this year.