Shares
North Korea is ready to stand against the United States in any war, including a nuclear one, says a statement of the National Defense Commission of North Korea. 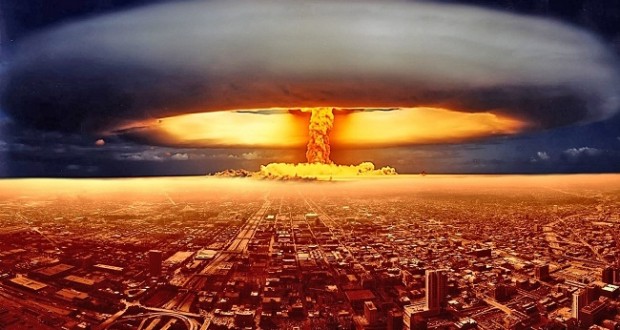 North Korea continues its aggressive rhetoric, threatening to use nuclear weapons. National Defense Commission of the DPRK announced its readiness to take strong countermeasures "in response to extremely hostile actions of the administration of President Barack Obama", Joinfo.ua reports.

According to the content of the statement, Pyongyang is "ready to fight any war, including a nuclear one." At the same time it was added that the country "can use a compact, high-precision and diversified nuclear weapons, as well as land, sea, underwater, air and cyber weapon of war."

Pyongyang"s statement was made in response to the decision of U.S. President Barack Obama to impose additional sanctions against North Korea. Summing up its position, the State Committee of the DPRK says that it sees no sense to negotiate with the United States because it "tends to trample the ideology of the republic and overthrow its social system."

It should be recalled that recently North Korean leader Kim Jong-un approved a military plan to invade South Korea using methods of asymmetric warfare, including the use of nuclear weapons and establishing control over the neighboring country within seven days.