Shares
According to representatives of the local police, a bomb should have exploded on the Pope's way to the airport. However, the main terrorist was neutralized. 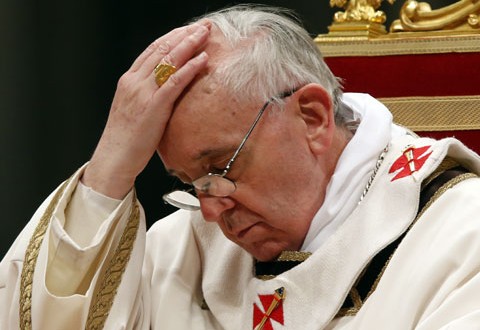 The visit of Pope Francis became the main event of the Christian world of Southeast Asia over the past few years – 7 million believers gathered for the Mass.

However, this very visit could be fatal for the pontiff. According to the local police, the terrorist organization Jemaah Islamiyah, a branch of Al-Qaeda, planned to kill the Pope. The famous bomber, Malay Marwan, worked on the development of the terrorist attack.

The explosion should have happened during the return of the pontiff to the airport, and become the most notorious terrorist attack, even bigger that the Parisian tragedy. However, for reasons the police do not report the attempt was not implemented.

A week after the presumptive events Marwan was killed during the raid, which killed 44 agents, which was the occasion for the parliamentary investigation. Marwan's death was confirmed by the FBI.