Shares
Army of China starts the struggle with excess weight to improve its image and capability. 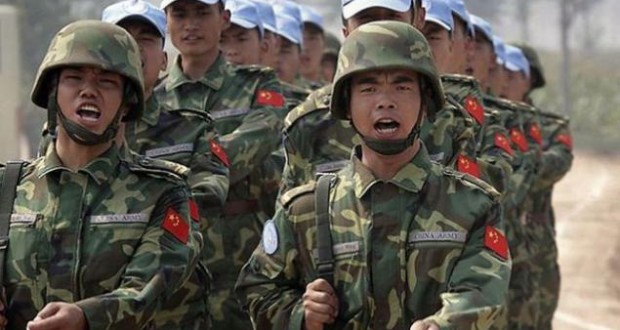 Chinese army will get rid of the officers with excess weight. Recently, the General Staff of the People's Liberation Army (PLA) issued a decree according to which, when promoting, it is necessary to take into account the weight of the military. The overweight military men will not be promoted, the Ministry of Defense of China informs.

The "Outline of Reform and Development of Military Physical Training (2015-2020)" is setting guiding ideology, development objectives, major tasks and related policies for the promotion of military physical training. The Outline proposes to implement the control of soldiers' weight and mandatory weight standard system. Meanwhile, the weight should be linked to promotion.

Li Daguang, an expert with the National Defense University, says that Chinese soldiers took part in actual combat more than 30 years ago and in peacetime they are easily gaining weight.

"Being overweight will not only harm soldiers' image, but also affect their performance on the battlefield and the troop's overall combat power," the military expert says.

Meanwhile, the document does not specify weight standards for the Chinese military. However, it is known that pre-desirable indicators for soldiers, academic and military personnel performing administrative work will be different.