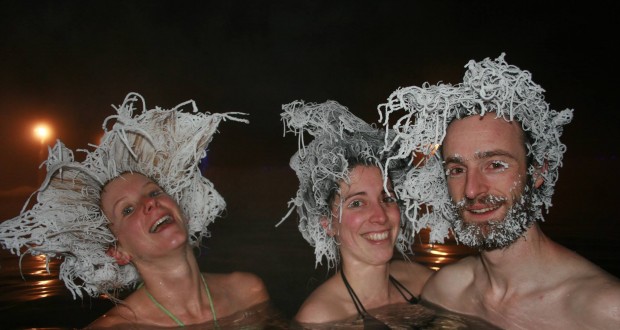 According to the rules of the competition, the freeze their hair, the participants had to dive into the hot spring water of about 40 degrees Celsius. As a result, when they were getting off the water, their hair frozen because of the temperature difference. The winners of the competition is a team from the Canadian province Quebec.